Save
Billings Public Library / will bruder+PARTNERS 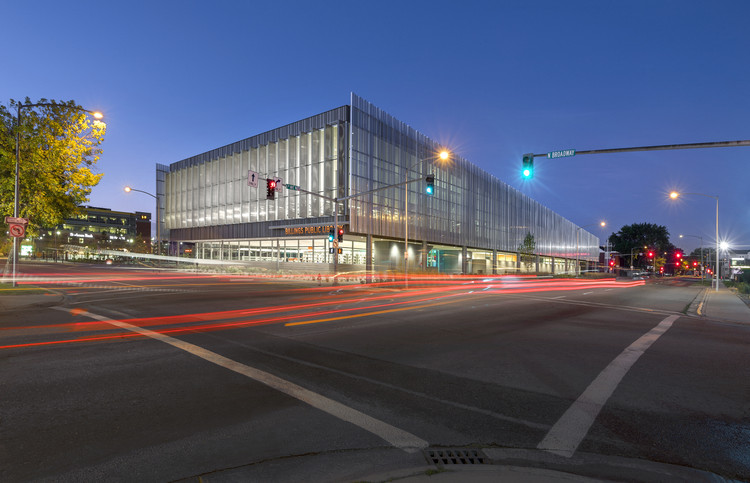 Text description provided by the architects. Our architectural vision for the new Billings Public Library is a sustainable, transparent, beautifully dynamic pavilion of community pride and iconic presence. Our conceptual approach sees the library as a volume of light, transparency, and color that grows from the fabric of the urban streetscape.

The library’s architecture registers distinctively from the velocity of the cars that will fly by on 6th Ave. A protective and perfectly detailed colonnade of well proportioned columns suggests a modern ‘classical’ temple, animating the library’s presence on 6th Avenue.

The library’s long form speaks to the geologic escarpment of the Rimrock formation north east of the site as well as the long trains that cross the prairie horizon, connecting people and products across the continent. The building recalls the raw power of a modest Montana pole barn and the metal grain sheds that define the man made landscape of every farm, ranch and town under the big sky. The new library joins with the other long buildings of the Billings community, informed by the dynamic and angular alignment of the rail tracks through the city. The library’s architecture is thus a hybrid of both the handsome and beautifully restored 19th century main train depot on Montana Street and the powerful block long warehouse buildings of brick masonry and metal that serve to shelter the transfer of resources at this point of commerce.

The building also recalls the first silver streamliners with their powerful engines and enticing viewing cars as they sliced through the city on a sunny post World War II day. Sitting at the crossing gates of the tracks, looking through the windshields of their cars, pick up trucks, and school buses, the citizens of Billings have seen America’s technological invention and dynamic optimism change their world. The new library will be a vessel to hold this knowledge of the world as we know it. Its story will not only be about what is told on the pages of the books on its shelves, but also about the navigating power of the technology it houses. As a departure platform for the information highway, it connects in every direction with the mere touch of a finger or utterance of a voice.

As a pedestrian experience, the library is designed to solidify the northwestern urban edge of the historic core of downtown Billings. Sited between the revitalized fabric of the city’s beautiful commercial architecture to its south and the critical energy of the hospital and university complexes to its north, the new library will be easily accessible to the entire community at the street level. Its architecture will celebrate the best of the city’s finely cherished storefronts of glass, cast iron and masonry. On the pedestrian level, one will recall the fist Parmly Billings Library of 1891 with its rusticated ashlar stone of the popular ‘Richardson’ Romanesque style. New stone walls, quarried from the Rimrock geologic formation that powerfully frames and defines the city, will mark the library’s public entries. The golden buff gray tonality of these stones will lend visual warmth to one’s perception or archeological remnant, the foundation and courtyard walls will be masterfully assembled from massive blocks laid by mason craftsmen.

From foot, bicycle, or car, the library will appear as a warm/cool shimmering and transparent, accessible yet mysterious, container reflecting the nearby cityscape, landscape and sky. A landscape of carefully woven tapestry of native trees, scrubs, and ground covers will be choreographed to express the textures and colors of the seasons to create the parking garden and library approach. A generous community pocket park faces the main entry along the library’s southeast side, while the stone walled courtyard off the library’s meeting room will provide a wind sheltered sun trap for outdoor events on the first warm days of spring or the last few days Indian summer. A procession of columns interfaced with a pedestrian scaled landscaping will buffer the pedestrian from the traffic of 6th Avenue. The parking garden can be sustained by water harvested from the library’s roof.

Here are the big architectural ideas of our scheme-

A building of clear tectonic intention with refined proportion and scale, and richness of detail and materiality

This library will be both familiar and surprising, massive yet minimal, mysteriously cloaked yet transparently ethereal- a form that carries both sunlight and shadow, snow and wind with unexpected reflections and connections to the place. It will be a grand space with vast window looking into the landscape and the future. It will be a comfortable room with a view in which to learn and to grow, a place to answer a question, plan a trip, discover a career, engage an idea, a place to riff on life as it is or daydream about life as it could be.

We believe that all architecture grows from the outside in and the inside out. It grows from listening responsively to the client and context. The most remarkable touchstones of architecture are timeless markers that capture the ideas, vision and spirit of their epoch. They are honest, direct, and original in their celebration of the people they serve and the places they inhabit. They invite us to see the world from a new perspective…from a different point of view. As architects we can never know in our lifetimes if we have created a building that meets the measure of timeless. We can only work together as citizens, dreamers, builders, and patrons to give reality to an architectural landmark that speaks to who we were and who we aspire to be. Let us make the new Billings Public Library a resonant maker of our time and this place. 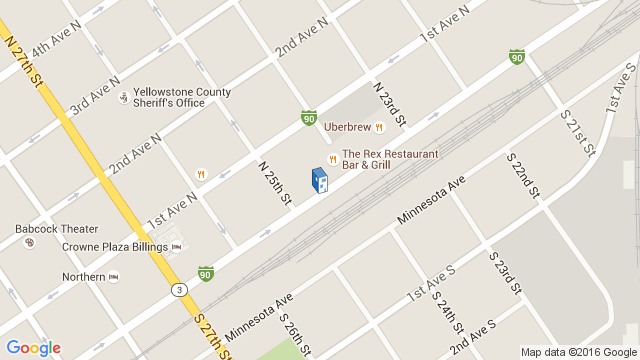 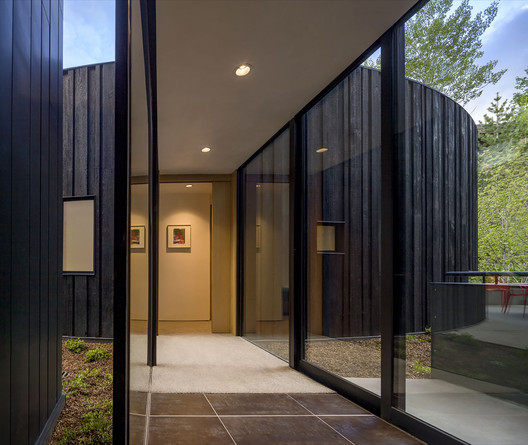 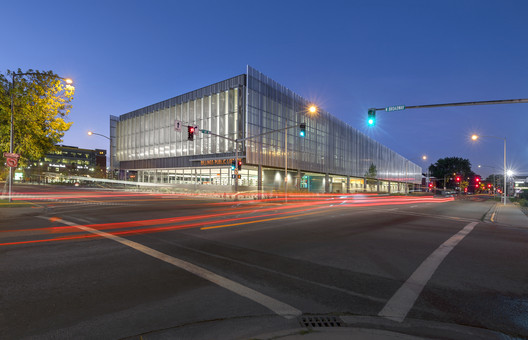