Save
The Ground Wall / FHHH friends + 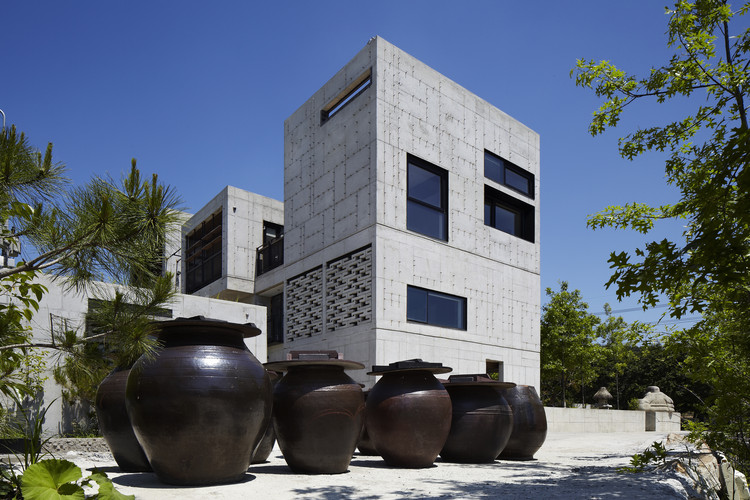 “We feel awe at strong power. Sometimes fear. Imagine a scene with a huge rock that is pressing down hard on the earth. In this scene, the rock is actually not you are seeing. Strictly speaking, what you are looking at is the “gravity” fighting hard against the earth.

The site is surrounded by the nature – the heavy nature. The scenery of the steep hills and basins overawe the site. Furthermore, one side of the site meets a straight expressway. Hundreds of trucks pass by the site all the time beating down the road noisily.

Some structures show off its power by standing heavily. And some structures adopt themselves by following circumferential power. As such, the structure makes the topography of the power by standing still. The ‘ground wall’ chose to show off its power rather than to adopt itself to its surroundings. We chose not to be daunted by the gaze of its surrounding nature; we intended the structure to be seen as rough and heavy as possible.

The power of architecture must not be shown through the shapes only. It must be felt through the reality of the materials and the efforts that were devoted to realization.”

The ground wall is consisted of four difference uses. - Café, Restaurant, residence, fermentation cellar. Passing by the fermentation cellar on ground floor and restaurant at 2nd floor we can meet café and residence at 3rd floor. Following private problems by complex uses could be solved by one massive core on behind of the building. Dividing and combining, the core conducts the building from public to private.

The characterful concrete blocks on the wall used to be mentioned as the most impressing point in this building. Not only for shape, that block was born by the special need of client- “wants to keep seeing in private room.” The blocks were designed possible for control quantity of lights by arrangement, and all blocks are made by everyday manual labor. 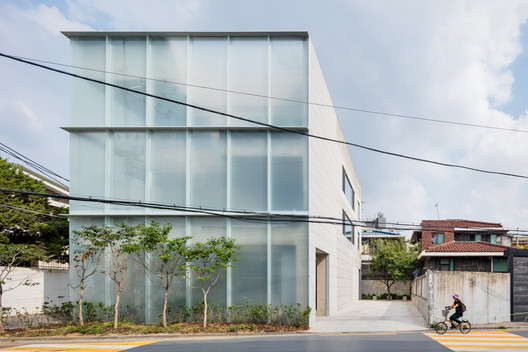