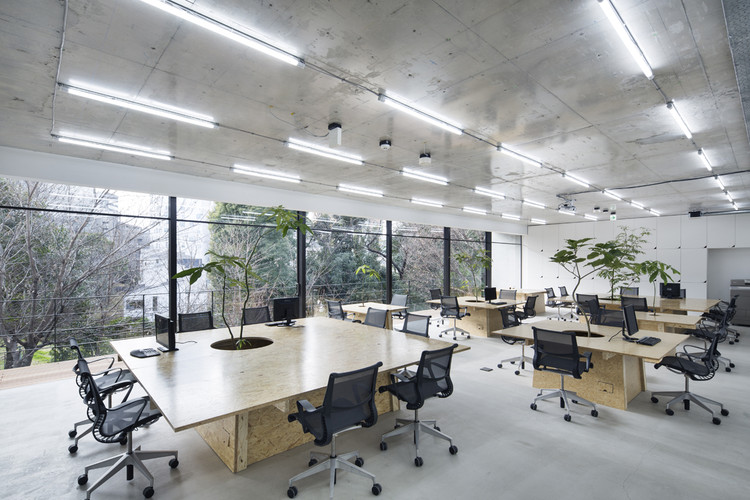 Text description provided by the architects. At first I was pleasantly surprised to discover this land filled with such lush greenery in Aoyama, in the middle of Tokyo. I wanted to provide the same kind of pleasant surprise to customers of this shop, both on the first and second floors. The building stood there, simple and open towards the existing greenery, and seemed to harmonize with the vitality of the land. Respecting such surrounding environment, we tried to minimize the infill construction and composed the interior with furniture instead.

The site is located at a certain distance from the busy district, and we needed to come up with a different design from their previous shop-in-shop style. In addition, they are hoping to make necessary modifications as they go along.

Our solution was to design display units based on standard modules that can be moved and assembled freely. In order to avoid a monotonous appearance, we placed clear acrylic units in/on wooden units irregularly, while deliberately breaking a sense of stability to a certain degree. Such irregular breaks in the visual sequence create different impressions of displayed products according to viewpoints.

There is a traditional Japanese gardening concept of the “borrowed scenery”, or using the surrounding natural scenery as the background. In the second floor office, we not only wanted to “borrow” the surrounding greenery as the background, but also tried to integrate it with the interior space by planting trees on the desks, thanks to the great help from Seijun Nishihata. 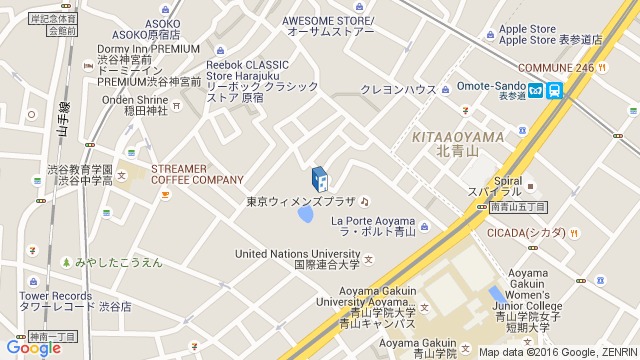