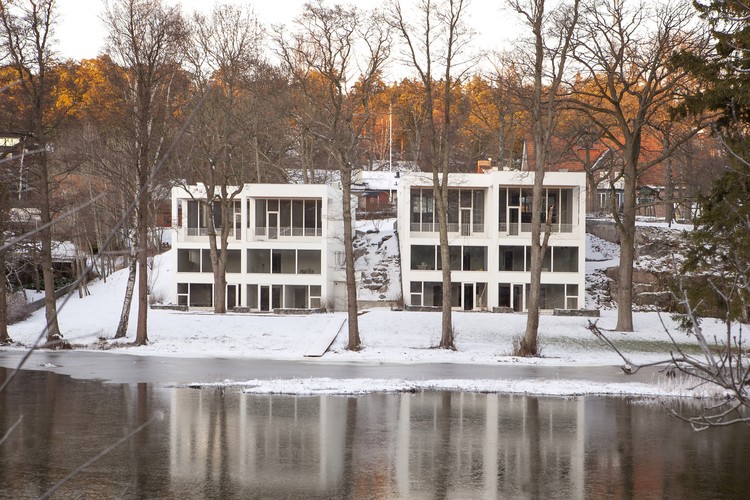 Text description provided by the architects. The Solsidan project was developed by Strömma Projekt, a small scale real estate developer in Stockholm, Sweden.

Solsidan is an upscale residential area 25 minutes by commuter train from central Stockholm. The area started to develop early in the 20:th century but the majority of the houses were built between 1930-1950 and the development mainly consist of large plots with private villas. As in many areas in Stockholm the need for dwellings increase and as a result properties are being divided and sold for development.

This plot is approximately 4000 sqm. and has all the qualities one could ask for. A dynamic topography, view of a lake and magnificent trees of a great variety – mainly oak, walnut and pine.

Our main concern in this project was to find a way to make a residential project with 4 units and keep as much of the landscape as possible intact. We immediately felt that the houses should keep a low profile from the upper part of the site which is where you enter and get the first glimpse of the apartments. The south side, facing the lake, on the other hand could be much more imposing and the idea to have a white exterior as a contrast to the natural colors of the granite also came quite early in the project. Richard Meier´s Douglas House came to mind.

Our strategy was to make two twin houses with three floors in each apartment. This gave us an opportunity to create dynamic interior spaces and a division of private and social areas as well as an exterior which is perceived very differently depending on from which angle you see the buildings.

The entrance is on the top floor and this is where the kitchen, dining- and living room are located. Partly separated from those there is a bath and a guest room. In the lower floors you have rooms for sleeping, working and utilities. Each flat has one small courtyard by the entrance and one in the lowest floor facing south.

The houses are built in aerated concrete covered in plaster on the outside as well as the inside. The roof construction is made of glulam beams with the insulating layer on top to leave the beams exposed on the inside.

Estonian limestone from Östersjösten is frequently used in this project; Instead of tin-plates below windows and on top of walls for protection and as floor material in the entrance floor and on the terraces.  All lower floors are covered in Swedish spruce boards. 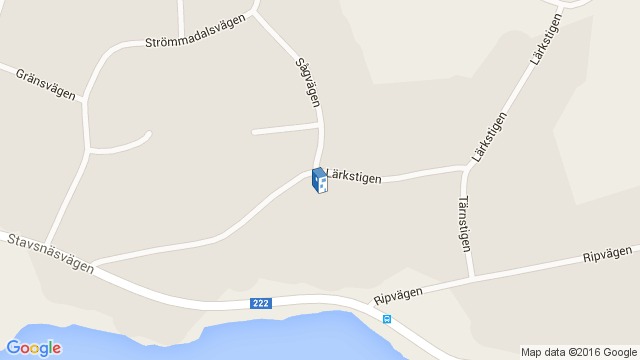