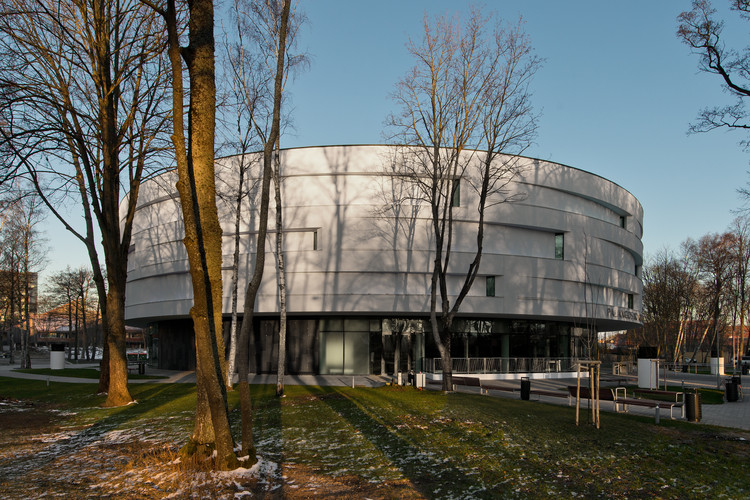 Text description provided by the architects. New concert hall erected in the autumn of 2015 at the most popular resort town of Lithuania- Palanga.

Specific location- center of the quarter, which is formed by different stylistics discordant buildings, presupposed a simple circular shape- the form that unites surrounding various periods of architecture. It’s round white facade not only gives sense of lightness to a relatively big volume of a building, but also highlights a valuable historic building- Palanga kurhauz, by forming a contrast background to it.

Small windows placed diagonally into the facade horizontally divides the building, brings motion to it as well as serves indirect, soft light source to the hall and an acoustic diffusing element from the inside, expressed the idea of a music box.

Interior of a 2200 seats main hall mostly dominated by brownish wooden beams, panels, green chairs and frame less glass railings combines a comfortable, soothing and modern atmosphere. Round shape of the hall allows good visibility of the stage even from the most distant seats. Reverberation time of 1,00 second and installed electronic acoustic enhancement system allows the hall to house events from classical music to pop concerts. 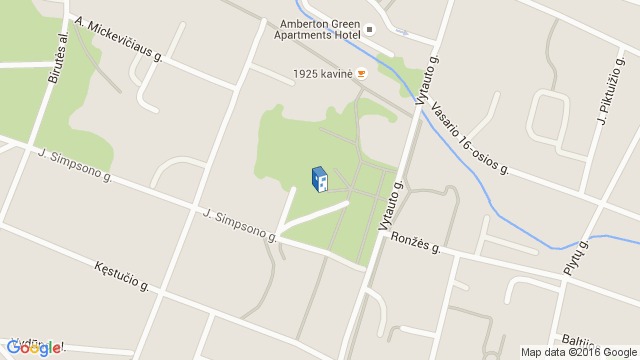 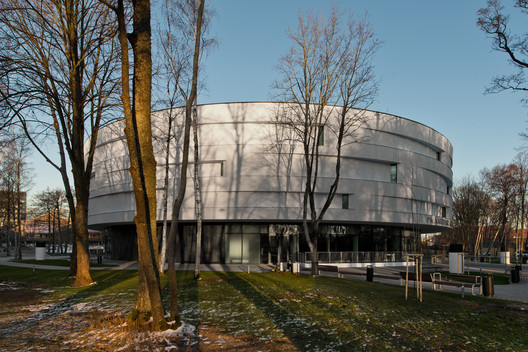