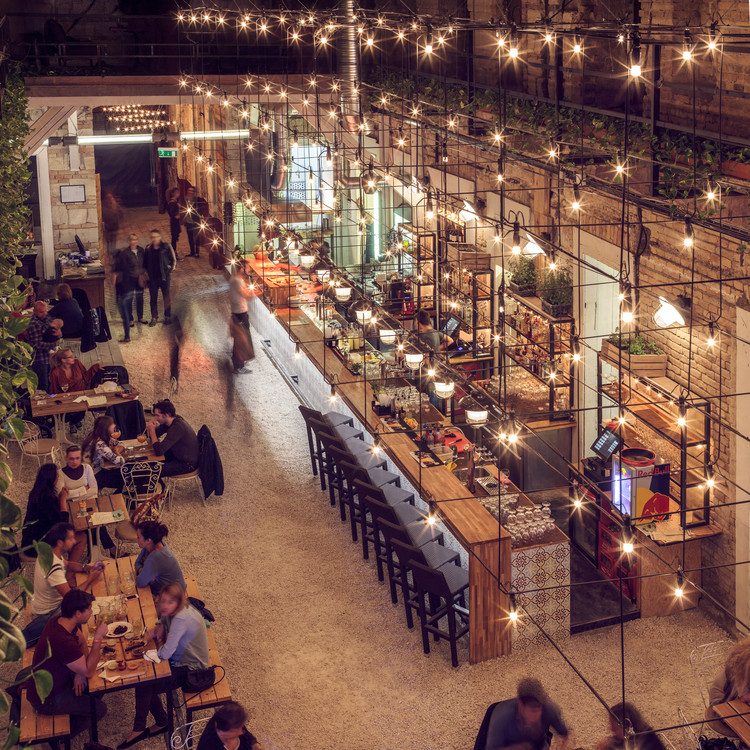 Text description provided by the architects. In the last decade, a nightlife quarter has been established in the tenement houses of Budapest’s 7th district that used to be emptied out. Whether ruin pubs or pseudo-ruin pubs opened, in the atmosphere of drink specials, painted brick and old furniture, no one had anything to say about the space that used to be the center of the Budapest’s orthodox Jewish community.

This was turned around by Mazel Tov, which attempts to open up a courtyard for the visitors of the quarter that interprets its location and function in the 7th district through Middle-Eastern cooking.

Mazel Tov is an open-minded place, a gastro-cultural venue where Middle-Eastern food can continue its cultural assault in the spirit of acceptance and togetherness. The cooked food arrives onto a long oak wood counter, and a wide selection is available from shaksuka to hummus to kebab.

The front side of the counter is covered in turn-of-the-century, Moroccan style cement plates, well-known from Budapest’s stairwells. The same aesthetics of bourgeois décor is present in the white confectionary chairs, inherited from the 1930s. In cooking, it is the meeting of the European Jewish heritage and the oriental, Iberian Sephardic tradition. 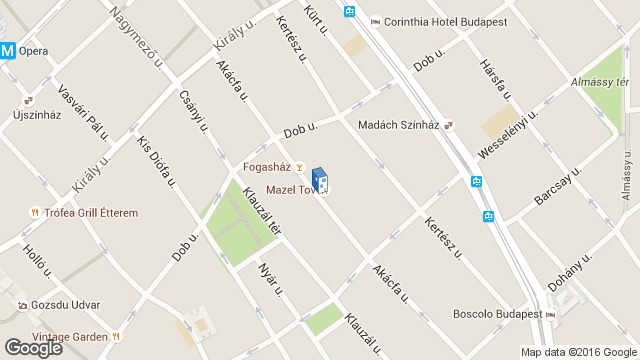