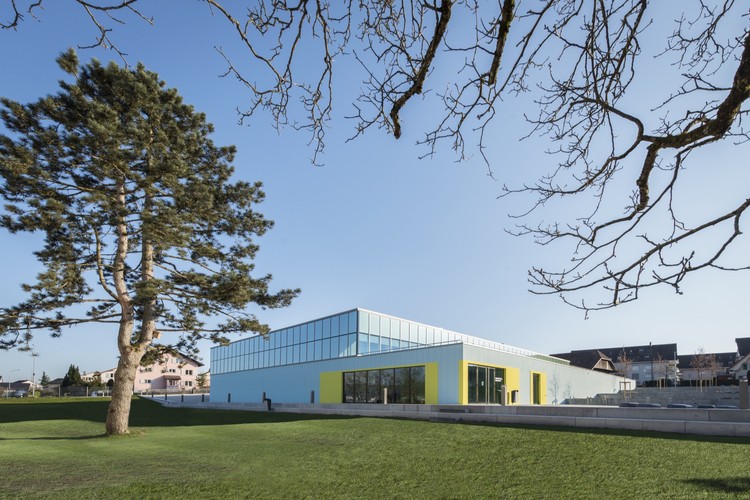 Text description provided by the architects. When you walk into the Neumatt sports center, the first thing you notice is its energy and vibrancy. It comes not just from the children playing basketball in a space that’s flooded by natural light, but also from the bright green floor and walls, which lead to large windows that reflect the blue of the sky and the colorful doors of the change rooms, painted in rainbow-like shades of yellow, red, orange and blue.

Neumatt is a 2,300sq meter, 3-pitch sports hall created by award-winning Swiss architecture and design studio Evolution Design and completed in December 2015. Situated in Strengelbach, a village some 38miles outside of Zurich, the building is designed to meet international sporting standards, but is far from simply functional. ‘If you want to encourage people to do sport you have to create a building that people like to be in,’ says Evolution Design technical director Marco Noch.

Color is key to the effectiveness of this design. Children are the center’s biggest users and the studio takes this into account by using color both decoratively and as a navigation device. Changing rooms are colored rather than numbered, and each shower room is a simple concrete and wood design that is enlivened by bright primary shades.

‘Very often architects design for adults, but children have different needs,’ says Tanya Ruegg, Evolution Design creative director. ‘We felt it was important to use color. Not only is it easier for children to navigate with color, but it’s more playful and taps into the way children see the world.’ Natural light also plays an important role. The glazed upper level delivers ample light and, because of its scale, a real sense of being part of the outdoors. ‘It’s important that the center doesn’t feel dark or dingy. We want to create a space where you have a sense of time passing,’ says Marco Noch. 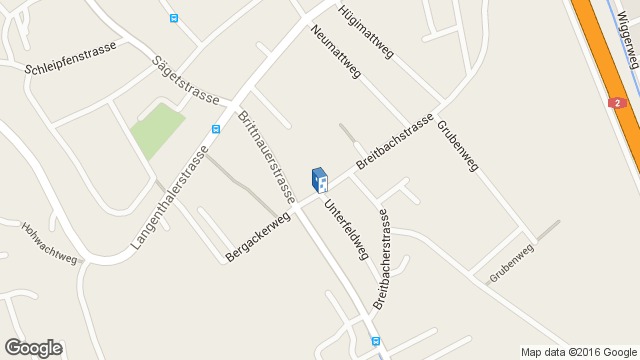