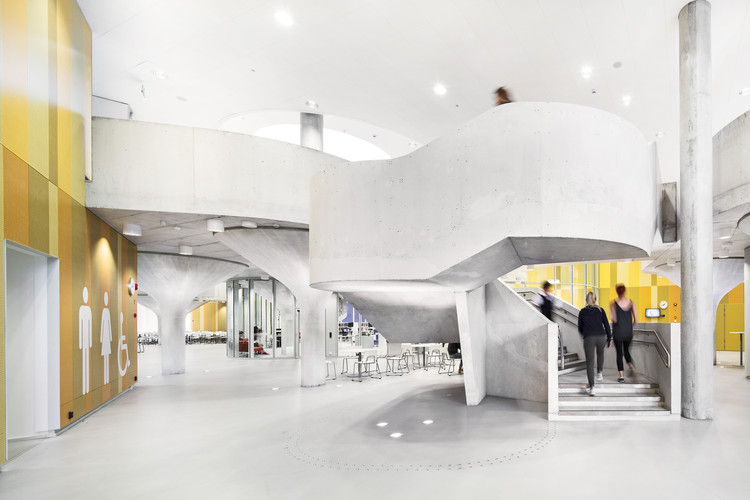 Text description provided by the architects. Kastelli Community Centre is a place for learning, education, sports and culture.

The many users of the Centre include the comprehensive school, upper secondary school for youth and adults and a library. There are also facilities for the adult education and a youth centre. Variety of sport halls of different sizes serve athletic clubs after school days. The largest sports hall with 800 seats is used also for floor ball, basketball and volleyball games in the national league level.

Due to the complexity of the project the City of Oulu arranged a two-phase design competition in 2009 - 2010: the entry called “hyrrä” (“gyroscope”) was declared the winner of the anonymous competition. The winning entry succeeded in segmenting the impressive public building mass into small-scale parts that together make up a sympathetic village and increase the sense of community. The scale of the building parts was adjusted to suit the children. Playful use of colours and shapes was a central principle during all design stages.

The functions of the centre are divided in smaller units according to age groups, which serve for better orientation. The routes both inside and outside of the building as well as the schoolyards are also specially designed for each grade.

The design of various learning environments was one of the key points in the process as several schools are included in the programme. The users were actively involved in the first stage spatial design and it was continued together with the specialists in pedagogy. The design resulted in a flexible, convertible, stimulating and safe learning environment that will also adjust for future new teaching and learning methods.

The central lobby of the building complex binds together all the functions and gives the building its own visual character with its sculptural design, materials and colours. The canteen and the library are located in this spatially rich lobby environment. The lobby is also used as foyer during big public and sports events. The free form lounge spaces in the lobby connect the comprehensive school and the upper secondary schools in the first floor level. The concrete staircases and the mushroom formed concrete columns are cast-on-site.

Special attention was paid also to schoolyard design. Outdoor furniture, planting groups, green mounds and comprehensive colour design and asphalt paintings enliven the stimulating yards. The large yard around the building is divided by landscaping into smaller niches suitable for various age groups; this design is aligned with the architecture of the building. The noise barrier of the near-by busy street and its relation with immediate surroundings has been also designed by means of landscape architecture. 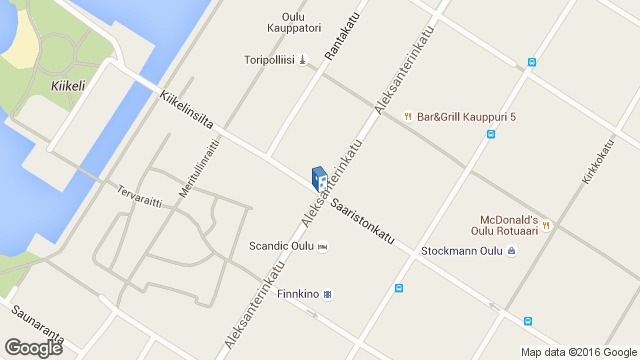