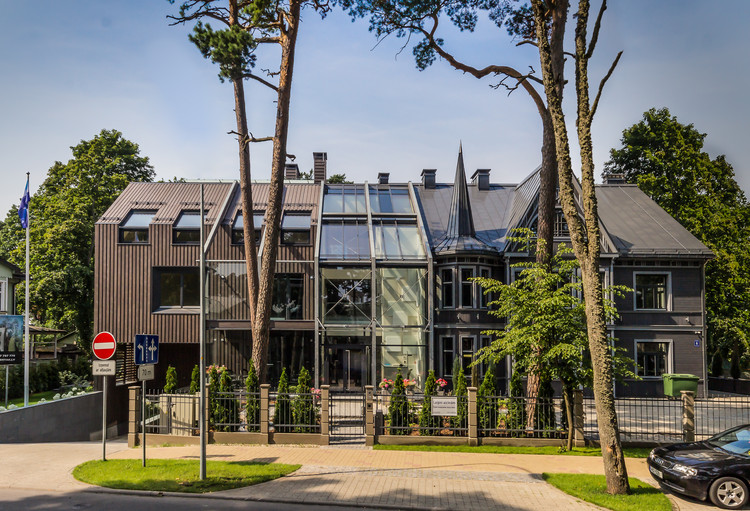 Text description provided by the architects. The low-rise apartment building is located in one of the most beautiful seaside cities of Latvia - Jurmala. It is located in a cultural and historical district, between the dune zone and the main street, only 200 meters away from the sea. Originally this area was occupied by a former two-storey wooden sanatorium building which as a part of this project was surveyed, measured, and reconstructed.

The project was started in 2012 with the aim to preserve the existing building, which represents the unique wooden architecture of Jurmala, and to model a new structure for the building, which would not only supplement but also revive its existing historical characteristics. When starting to work on the project the decision was made to develop the building volume as a united constructive solution, while still restoring, approximating and designing the facades to look as their historical original.

In the process the concept of the project developed naturally. It is based on the comparison of a grandfather (the historical building) and a grandson (the new building volume). While they are similar and get along well, they are separated by time: the grandson is modern and up to date, while the grandfather cherishes memories and everything that has happened in the previous periods. The main idea behind the project is in its three storey structure, where the historical building's form and concentration of details contrasts the asceticism of the new building. At the same time both building structures are developed using similar techniques, which can be seen in the facades: the new building volume imitates the roof slope of the historic building, wooden planks are used as the main material for the facades, and both building structures are physically and visually divided by glazed atrium in the building entry.

The building volume is in the form of a horseshoe, as a result of which it provides its residents with a well-maintained and lovely inner yard. A parking, technical as well as utility rooms are located in the basement. In the overground floors - apartments, which are connected with open and spacious staircase. All apartments, which are located in the new building volume, has terrace or balcony. On the building roof there is an extensive public terrace which provides the view not only to the sea, but also to the river nearby.

The facades of the building are made from three materials - glass, stainless steel and wood. The wood is used for balcony, terrace and also the roof constructions. The facade is made using thermowood board coating, while glass and stainless steel appears only in the details of the facade.

From inside the both different building volumes are connected with a staircase and a hallway. As a result the public space interior is a combination of new materials in historic forms and thus achieves unique solutions that conform the stylistic of both building volumes.

When it comes to colour, the public space is in light tones, which brings more daylight inside the building and create easy and good feeling for the residents. According to the architectural planning, the open and spacious staircase is not only a public space, but also one of the routes for emergency escape, which complies with the specific norms and regulations. As a result, the interior of the building is made using only fireproof materials.

Although during the designing and construction process of the building a number of difficulties had to be overcome and new technical solutions had to be found, it does not affect the appearance of the building's exterior. The ascetic and thus visually easy to perceive facade, and the balance between the historic and contemporary shapes and details not only ensure that the building fits in the environment, but that it also complements the characteristic architecture of Jurmala. 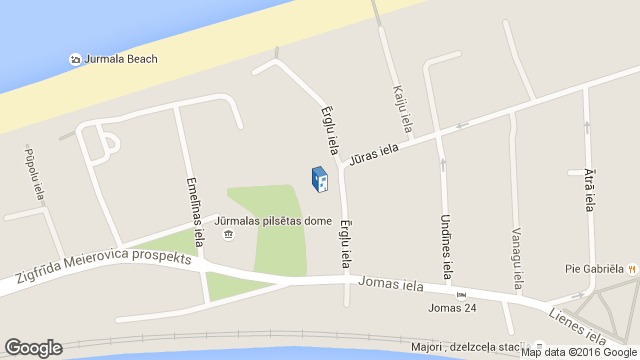 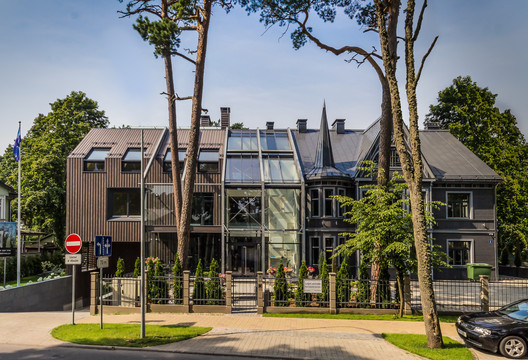