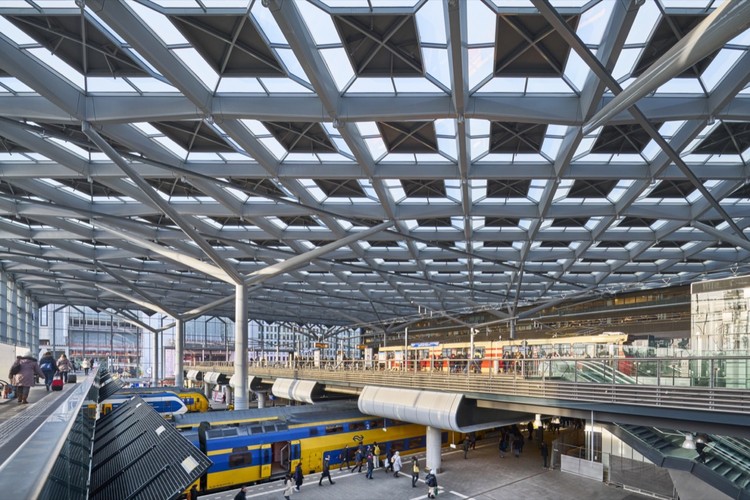 The Hague Central Station has been transformed by Benthem Crouwel Architects into a light-filled, capacious, easy-to-read building where all public transport systems converge at the heart of the city. The concrete of the 1970s has been demolished in favour of transparency. Inside, trams whiz above the trains along an elevated track. At the opening on February 1, 2016, State Secretary for Infrastructure and the Environment Sharon Dijksma described it as 'a railway station of glass, a cathedral of light'.

High-speed line
These days some 190,000 travellers and passers-by make use of The Hague Central Station. The upgrade takes into account that the number of users is expected to double in the coming decade, due to the link-up with the local Randstadrail rapid transit network and the high-speed rail line from Amsterdam to Paris. The high-speed network is to stop here at The Hague, as well as at the central stations of Rotterdam, Utrecht and Arnhem and at Amsterdam Zuid and Breda. These six stations constitute the New Key Projects launched by the government.

Roofed urban plaza
Benthem Crouwel Architects has designed the new station as a roofed urban plaza, a place for residents and commuters alike. Its additional entrances have strengthened physical ties between the city centre and the financial district (Beatrixkwartier). There are four entrances in all and this foursidedness returns in the roof, which has been designed as a diagonal pattern of lozenge-shaped panels. These present a spectacular play of light and shadow whenever there is sunshine. The lozenges provide ventilation by opening automatically in warm weather, act as solar protection, contribute to the acoustics and open as smoke vents should fire break out. Eight elegant columns support the station roof, which is the size of two football pitches. The station building, which measures 120 by 96 metres and is 22 metres tall, is almost entirely of glass. Once inside, all modes of transport (train, tram and bus) as well as retail and hospitality areas can be taken in at a glance. The design provides a natural and flexible organization of traffic flows. Multiple routes are possible, in fact every traveller or passer-by creates a route of their own. The new station conveniently locks into Haagse Loper, the pedestrian boulevard running diagonally through the city, and the station concourse has itself become a meaningful public space.

Besides The Hague Central Station, Benthem Crouwel Architects has designed the central stations of Rotterdam, Utrecht and Amsterdam, the stations serving Amsterdam's North-South metro link and the railway zone at Delft. 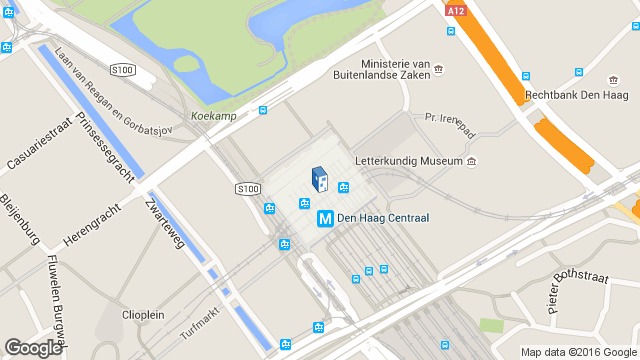 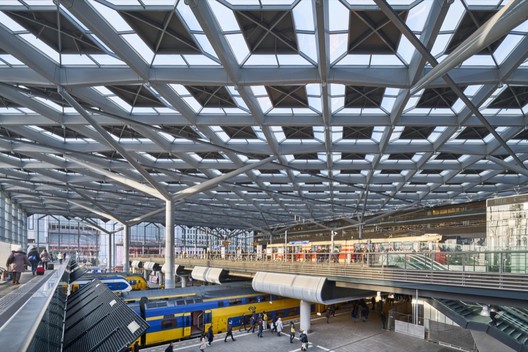