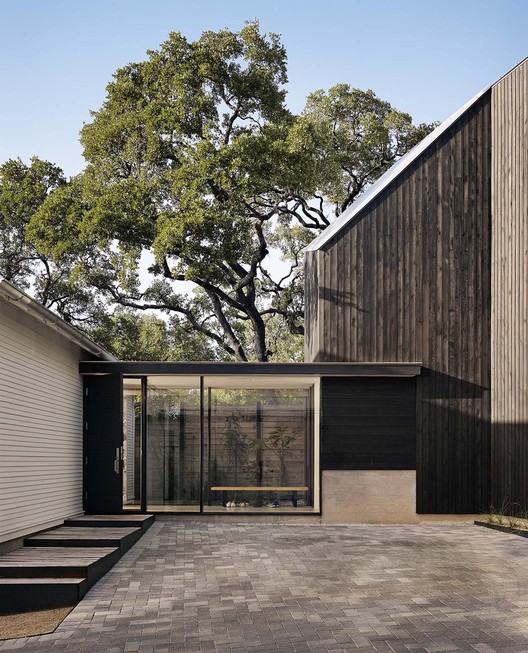 Text description provided by the architects. The Hillside Residence is a substantial renovation and expansion of a 1927 bungalow in the Travis Heights neighborhood of Austin, Texas. The existing, 1,000-square foot building was rescued from dilapidation; it was delineated abstractly in stark white and paired with a new, 1,100-square foot sculptural volume clad in black-stained cypress and connected via a glass entry bridge. Akin to Marcel Breuer’s 1943 proposition for a Bi-Nuclear House, the home is split into two zones—one for living and socializing, and the other for concentration, work and sleeping. By virtue of entering in the middle, both sides appear to be in dialogue with each other. Inside, the two zones are defined in distinctly different material and spatial characters; the combination is both gracious and provocative.

The renovation respects the existing building's disposition and maintains its collection of discrete rooms; at the same time, the renovation radically alters the rooms' character through an adjustment in organization. That is, a series of private rooms now take the place of what was public, and the front porch is removed, leaving the existing bungalow’s massing intact but intriguingly unfamiliar as it appears without any obvious way to enter from the street. This private nucleus is accessed through a new corridor that leads to an unexpectedly tall central space, off of which are arrayed the private rooms of the house. Unlike the traditional organization of the home, the expansion opens the public spaces to the backyard and, by contrast, is characterized by openness, dynamic spatial continuity, and abstraction. Carefully orchestrated windows and skylights further open the house to the sky and sun, and provide a continued sense of expansiveness to this modest home. Oriented for solar orientation and cross ventilation, the Hillside residence also is outfitted for a rainwater collection system, a solar photo-voltaic array, solar pool heating tubes, cellular foam insulation, tankless water heaters, etc. Moreover, the clients’ desire for a sustainable lifestyle is also reflected in their decision to live centrally and work from home.

An ultimately modern sensibility in the addition provides a balance to the sense of contained space in the original house. As one passes between the old and new construction, the confluence of two distinct architectural characters gives rise to questions about the ways in which architecture both challenges and reinforces the culture of which it is a part. In effect, the ensemble is a counter-proposal to the immodesties of urban evolution: rapid transition toward affluence and preference for residential building dimensions to maximize allowable floor area ratios. Here, in contrast, a new character replaces a ‘historically underutilized’ building stock. The existing disposition of the street is maintained, albeit with a new temperament. 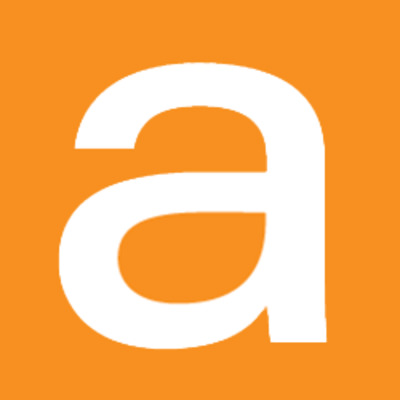