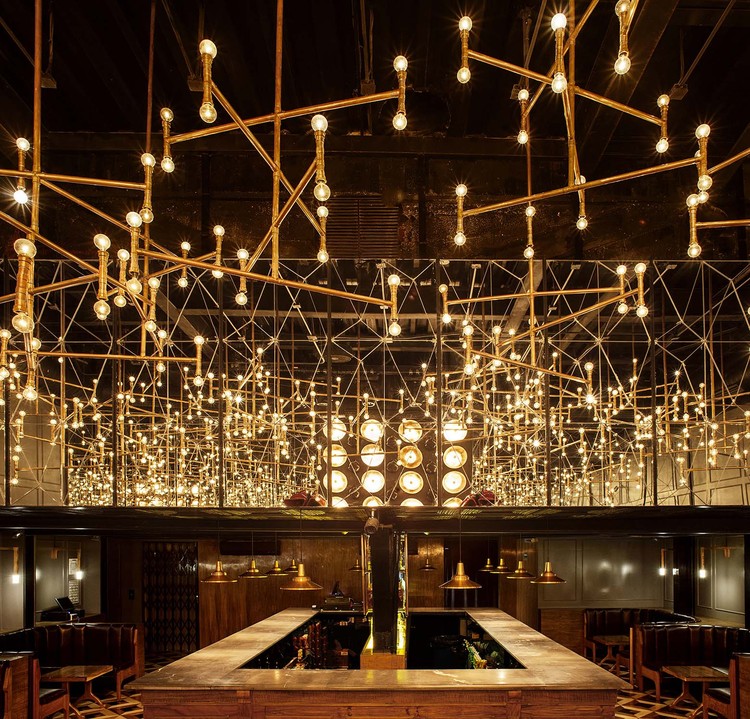 Text description provided by the architects. Main Room is a bar located in Colonia Roma, in Mexico City. The proposal emerges for the creation of an exclusive bar with an access through a "front shop", Baños Roma. The design of the façade and lobby is a reference to the aesthetics of mid-20th-century public baths in Mexico City. Inside the “fake” lobby is the ticket window and is where the client gets into an “static” elevator with a double set of doors that create the feeling of going down to a non-existent secret basement.

When the elevator doors open, the bar appears as a sophisticated and cosmopolitan space, inspired by the aesthetics of a Gentlemen's Club, and unexpected by the total contrast with the entrance space. Leather booths, lacquered wood walls, parquet floors and copper lamps in dim light give the space a warm and refined atmosphere.

At the center of the space is the bar, an island with classic lines, with a wooden front and a marble top; in the middle of the island bar is a copper and glass structure that emits light through the bottles.

At the end of the room is a double height space with floating lamps made with copper tubing and hundreds of lights that shine with the beat of the music, while reflecting on infinite mirrors. Crowning the space is the DJ booth that is framed by an imposing composition of round copper lamps. 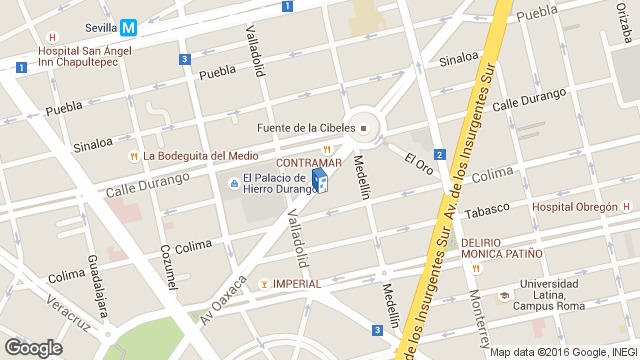 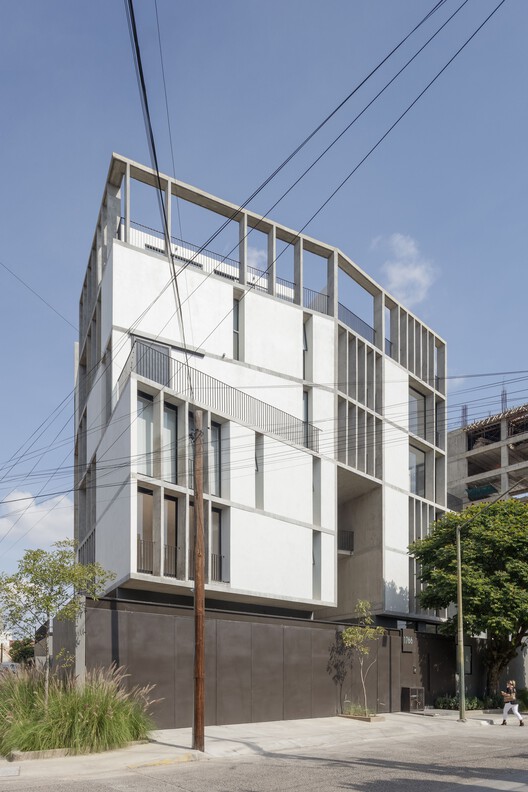