Save
2016 Venice Biennale Exhibition to Examine the 2000 Irving Trial and the Architecture of the Holocaust
Presented by:

In 2000, in a trial held in London, the notorious British Holocaust denier David Irving sued an American historian and her publisher for libel. He posited that the Holocaust didn't really happen – "was the planned and systematic murder of six million European Jews an elaborate hoax?" The battle over the meaning of the architectural evidence took centre stage. Ultimately, forensic interpretation of the blueprints and architectural remains of Auschwitz became crucial in the defeat of Irving, in what remains to date the most decisive victory against Holocaust denial. 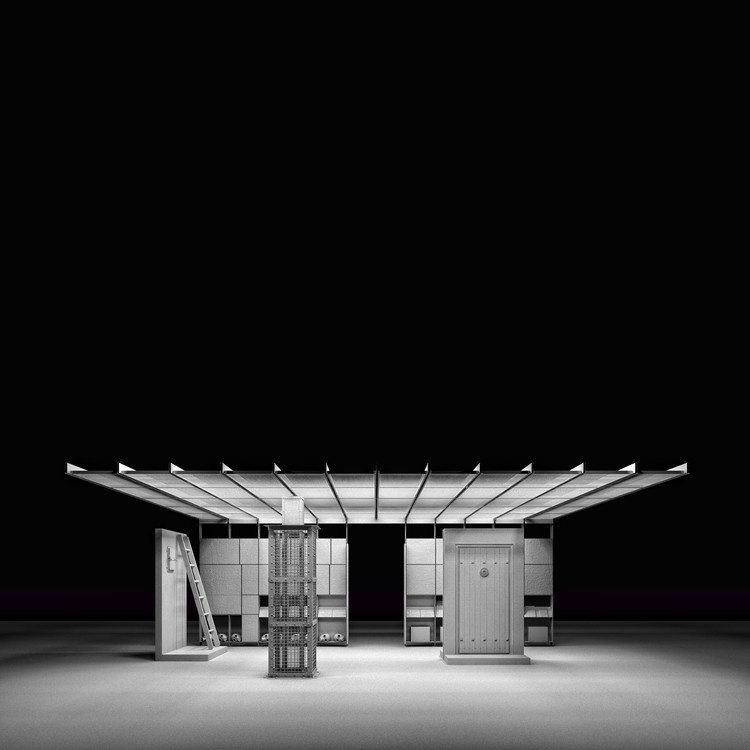 Robert Jan van Pelt (University of Waterloo, Canada) served as the expert witness on Auschwitz in the Irving Trial. His report became one of the sources of inspiration for a new discipline located at the intersection of architecture, technology, history, law, and human rights: architectural forensics. Upon the invitation of Alejandro Aravena, Director of the 2016 Venice Biennale, Jan van Pelt has gathered together Anne Bordeleau, Sascha Hastings, and Donald McKay to create The Evidence Room, which will be on display in the Central Pavilion at the forthcoming Biennale.

Together with a team of students from Waterloo, they will "present a work that summarizes the forensic analysis of Auschwitz within the larger group exhibition Reporting From the Front." The Evidence Room will consist of life-sized replicas and casts of key pieces of architectural evidence (such as a gas column, gas door, wall section with gas-tight hatch, blueprints, architects’ letters, contractors’ bills, photographs etc.) that proved, beyond reasonable doubt, that Auschwitz was a purposefully designed factory of death, equipped with large, homicidal gas chambers and massive incinerators.

The Evidence Room will be at display at the 2016 Venice Architecture Biennale from May 28 to November 27, 2016, and will be shown in the Central Pavilion (Giardini). A book will accompany the project.