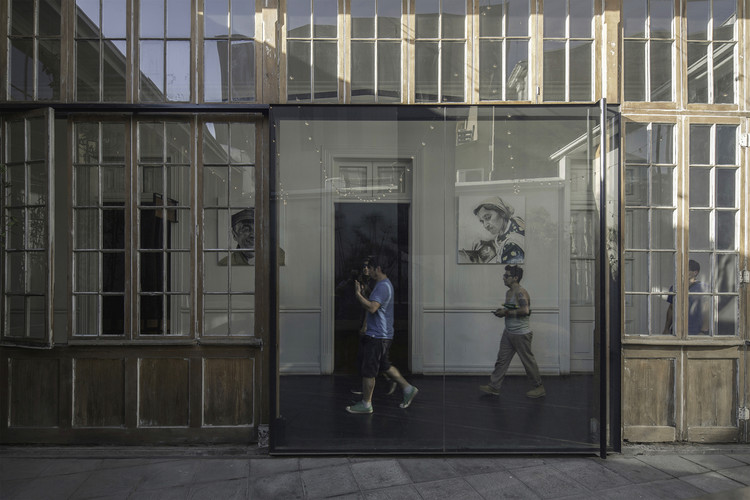 Text description provided by the architects. Over the chassis of an early 20th century house a constellation of objects, related in geometry, color and character, is proposed.

Their strategic placement –sometimes disruptive to the logic of what already exists- transforms the interior of the house and forces a redefinition of the role of each program component. Removal of adobe cladding from some interior dividing walls amplifies this change, leaving bare the oak  structural skeleton and generating new and unexpected visual connections,  in a sort of architectural striptease.

The change in use –from residential to  cultural, -private to public- is evidenced by the scale of the new objects (doors, windows, furniture, lighting fixtures, etc.) that respond to and anticipate this new order, as a reflection of the episodic nature of the events that take place here.

The most dramatic part of the operation is the insertion of a small 200- seat dinner theater in the space previously occupied by a series of small, precarious expansions to the original building. The theater itself is treated as another object: monolithic and introverted from the exterior, just three openings interrupt its envelope. On the contrary, the interior is soft and expressive, courtesy of an acoustic skin manufactured on-site with timber slats of varying sizes and sections.

The house as much as the theater works as a stage for music and dance. Performers move, along with the guests, from the “quincho” –an inner- courtyard redefined by a 6-meter high chimney over a barbecue pit in the center of the space- to a media gallery, and then the dinner theater for the main event.

The end result is an architecture of things, where the new -monochrome and abstract in design- is in constant tension with the historicist architecture of the existing house, in a deliberate game of contrasts. 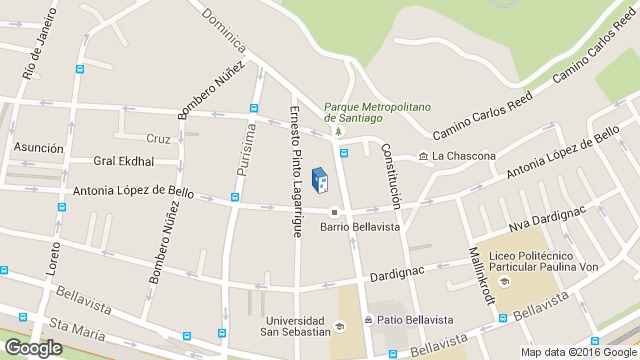