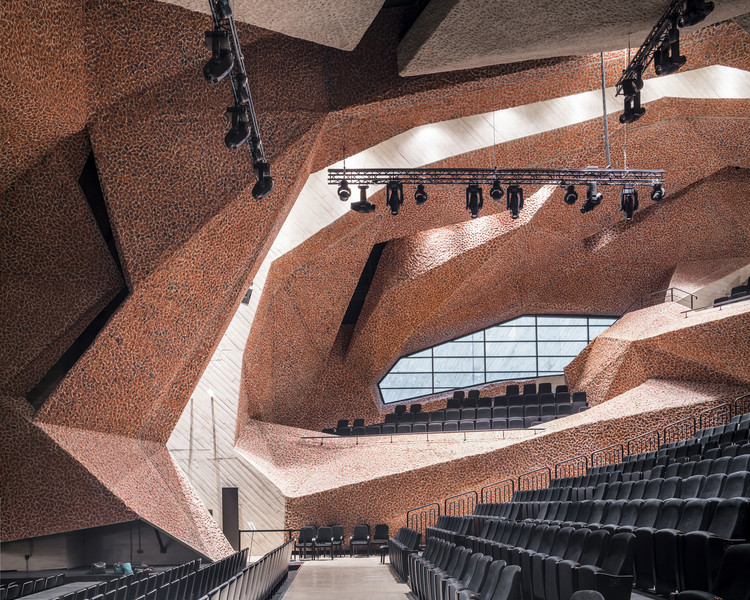 Text description provided by the architects. The plot is located in a green ring around the historic city center. The building occupies half of the plot, the other half being used as a park. The lowest possible height was kept to avoid blocking the view to the river and to achieve integrate the building in the neighborhood and the natural environment. The visual effect achieved is that of a natural object, a rock.

The exterior is made of pale concrete. The cuts in the concrete shell let you glimpse the red lining of the hollows. The contemporary reinterpretation of the traditional brick is a reference to the façades of this city, an UNESCO heritage.

While the outer skin of the concert hall remains rigid, inside the building behaves like a fluid. The program is characterized by great flexibility to the extent that a building, which, according to the brief, was meant to be only a concert hall, ended up being a space for all kinds of concerts and events within the same budget.

The auditorium can be easily adapted to different audiences, it may increase or decrease its capacity like a sponge. Thanks to its mobile roof, it can be adjusted to effectively absorb all kinds of performances from symphonic music, chamber music, to theater, opera and film.

Finally, the concert hall can be opened outwards, allowing unite the interior and exterior space to accommodate outdoor performances or other large events.

Moving through the building is fluid and intuitive, you could say that the building behaves like a door as it allows users to pass through it and reach the plaza, which becomes the heart of the building.

The picado (chooping) is all over. It is an innovative technique, based on an original idea by Fernando Menis, consisting of mixing concrete with other materials and break i aftrwards.

In addition to achieving a strong expression, the picado helps achieving excellent acoustics. The first time Menis used the picado, was has for Magma Art and Congress (Tenerife, Canary Islands, 2005). This new technique has been certified by the Institute of Building Research from Spain and Poland, respectively. 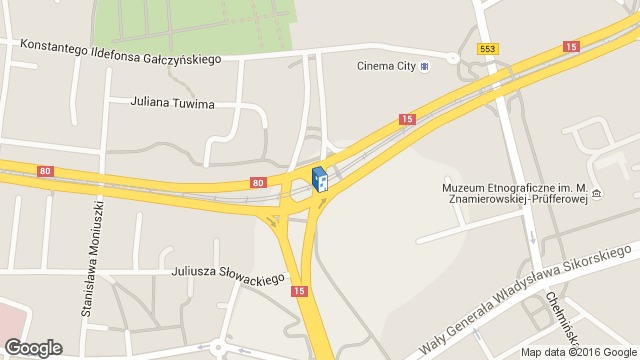 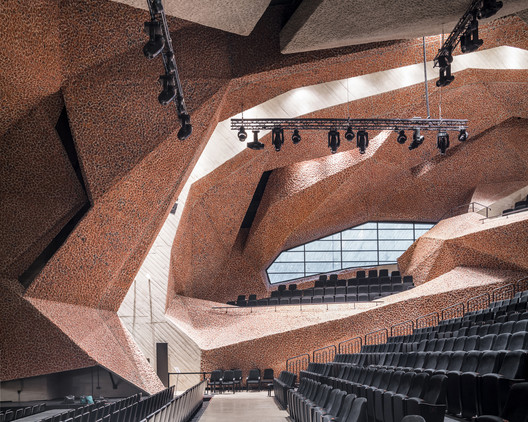