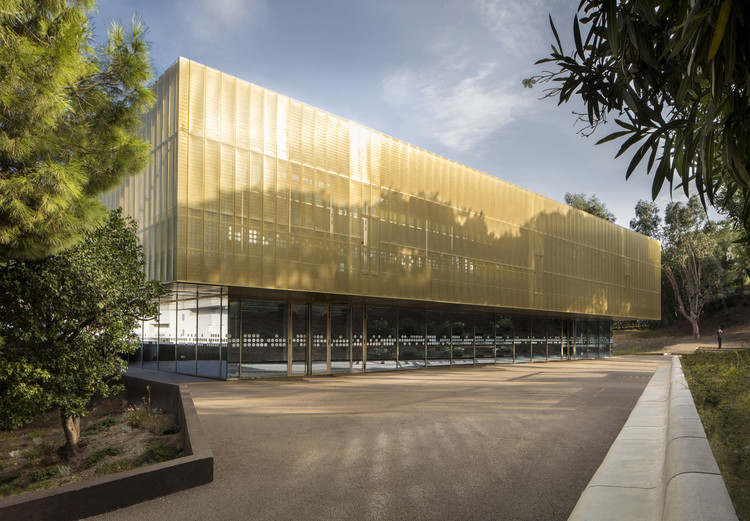 Text description provided by the architects. The Cultural Center of Bastia was developed within an ANRU program related to the renovation of neighborhoods in the south of Bastia, a big part of which is made of large housing schemes built in the 60s.

The achievement of the Cultural Center was the main aim of this urban renovation, a place for all made to enhance the relations and exchanges of the inhabitants through social and cultural practices. The Cultural Center, as public equipment, serves the town beyond the neighborhood limits and is therefore open to all of Bastia’s inhabitants; its role enables the neighborhood to open itself to the exterior.

The building site is dealt as a large park open onto the city of Bastia. The border fences are removed, the vegetation is preserved and developed, new spaces are designed in order to sit by the pines and eucalyptus shadows.

The project specifications demanded: “an innovative and creative place, a place of contrasts, shadows and lights, luminous and soft for the lecture spaces, dark and sonorous for the auditorium”. The answer to this demand is literal and radical.

The show rooms, places of darkness, of turmoil, of agitation, are gathered in a solid base, a telluric architecture built of concrete blocks in earth tones, anchored to the ground. The auditorium is able to host all types of performances; due to its moldable natural acoustic it can receive in particular polyphonic singings without amplification. The auditorium block gathers the scene area and the hall, the rehearsal rooms, the dressing rooms, the artists’ rooms, the technical areas, the administration district and the public reception with the bar.

The media library rooms, spaces of light, of tranquility, of concentration, of meditation, are related to the sky, in an aerial architecture of lightness and brightness. This volume emerges as suspended above the trees; it oversees the neighborhood offering a special point of view towards the horizon, the city and the sea.

The Cultural Center reveals the revival impact given to the neighborhood.

The media library opens to the sky and the horizon, offering a panoramic view over the city and the sea. It is designed as an opened space in favor of space and light, a free open floor that enables much special flexibility. The reading rooms are extended to the exterior, upon the passageway where one can read while protected.

The plaza is carried into the main reception space, which settles a connection between the public square and the equipment. It is a area of fellowship where one can read the newspaper and drink a coffee, where users can get together before or after the performances.

The project fulfills the aim of reducing legal consumption to the “Bâtiment Basse Consommation” level by achieving BBC -20%. 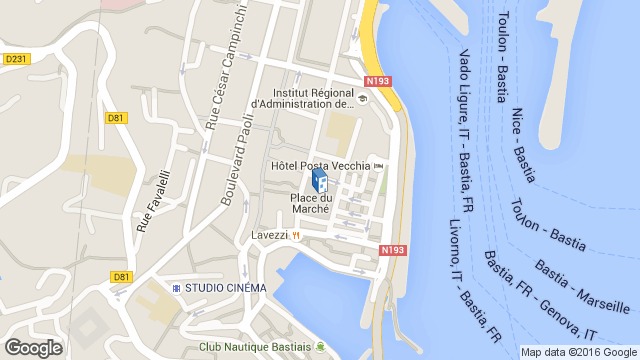 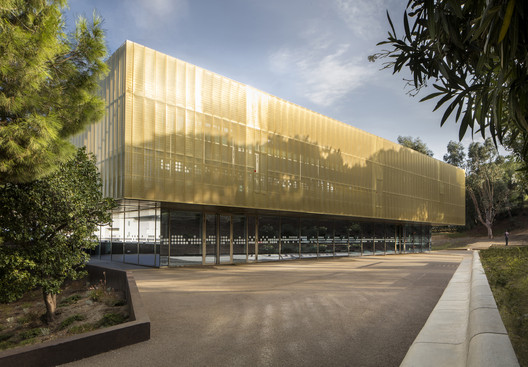