Text description provided by the architects. Atelier ZEL!UM was born on the initiative of an individual, an entertainment professional, specializing in set design and accessories. He dreamed of a factory for its activity, to accommodate employees and customers, while sharing the use of that space to other creative, in a spirit of synergy.

The architects, Atelier du Vendredi (Pierre-Marc Danguy & Jean Hubert) exercised in a firm before starting their own. Atelier ZEL!UM is their first project on this scale, worn with an enthusiastic client, listening, who understood the need to take time to reach a fair result, integrated with its environment.

The project was to be inserted in a residential area and had to convince the city’s patrimonial architecture department. The architects also had to reassure local residents along the work phase and about the new role of this former warehouse : now, a workshop where we’d cut, carve, machine things. To master decibels, they had to work with a specialist of acoustics.

A soundproof shell protects the outside and generates very good thermal inertia (the workshop doesn’t need an heating system), while a tight assembly of wooden vertical blades regulate the acoustics on the inside. Efficient windows insulation preserves the small offices from the ambiant noise of the workshop.

Such as framing (the only original part preserved) all structures and technical solutions are visible. The finish is achieved by the careful implementation of simple and raw materials : raw pine, raw steel, concrete blocks…

A cantilevered footbridge crosses the large central volume and connects the different spaces. The openwork pattern for his railing is also found on the street side, where the stone façade ensures urban continuity while distinguishing itself by a giant corten steel door mounted on pivot.

Atelier ZEL!UM joins the concerns of creative economies, often more fragile. By banding together, they exchange and strengthen, restore meaning to abandoned places in cities. It's also that, that today’s architecture tells us. 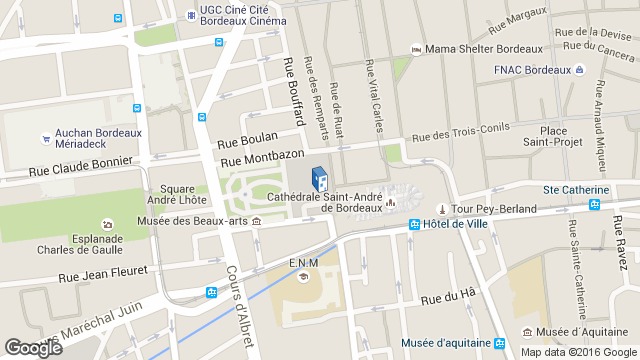 Location to be used only as a reference. It could indicate city/country but not exact address.
Share
Or
Copy
About this office
Atelier du Vendredi
Office
••• 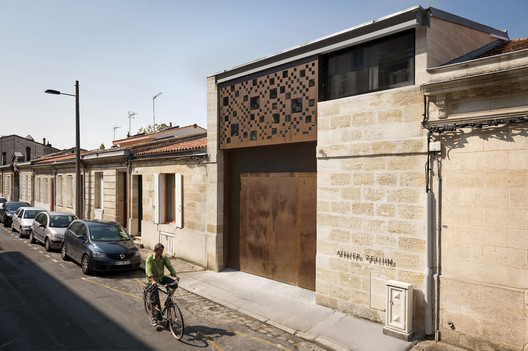