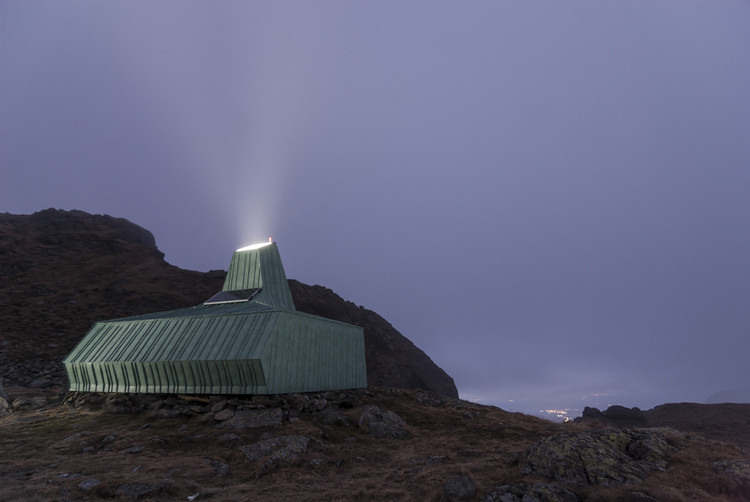 Text description provided by the architects. For an architect, the challenge is the fuel that subtle keeps him alive... We had a vague idea about what it meant accepting the challenge to design a shelter at 2,100 m within a restricted budget, especially since we asked to build it ourselves, based on the 10 year experience of workshops with students at Sky Hill workshop platform.

A lighthouse in the Fagaras mountains... at Călțun, in Romania, this was to be the theme of study. Along with all the other sub-themes – the transport by helicopter which became defining for design (more than 4 hours of talks with the pilots mapped the execution technology and project implementation), it was also discussed the execution under extreme conditions, the careful choice of materials for a special space and the induction of an attitude ... at a(l)ttitude ... Everyone involved was to learn from this extreme experience. Any mistake could lead to failure ... so the pressure was high.

The chosen material, CLT (Cross Laminated Timber), was suited well from different perspectives - resistant to abundant snow (the reference load was 2 to/m2), light, compared to its structural wind resistance, friendly surface and not to forget the incredible wooden scent.

The dynamic shape is designed according to the strong local winds, while the aluminum cover sheet takes its colour and design from the moss covered stones on site.

The simple but more than necessary function in one of the most exposed to accidents areas in Romania’s mountains is organized in first aid room for mountain rescue team (3 places) and space for tourists (19 places).

The location was slightly moved from the previous 40 year old shelter, given the lake protection against pollution and functional reasons (the platform becomes helicopter landing area in case of emergency) while also avoiding the continuous wind current of Caltun valley.

The photovoltaic panel gives energy independence for this tourism structure and is placed on the roof, at the base of the tower, which brings in the light spectacle throughout the day. The object itself becomes a signal, a lighthouse . . . for a new attitude. 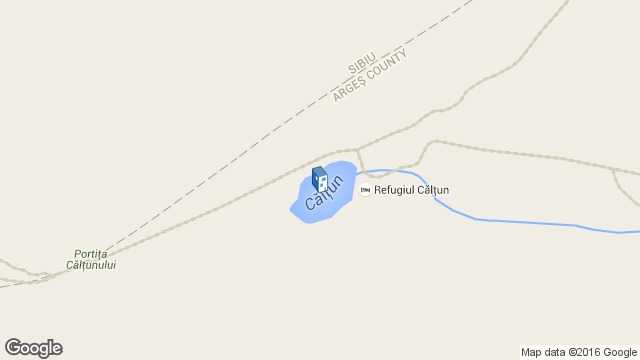 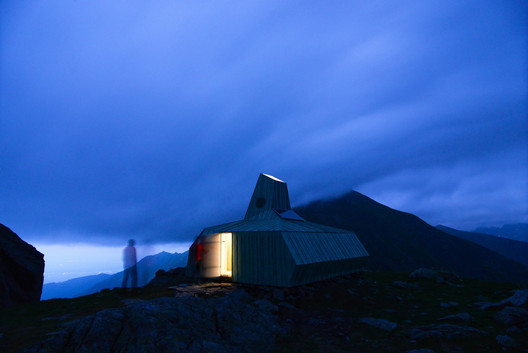