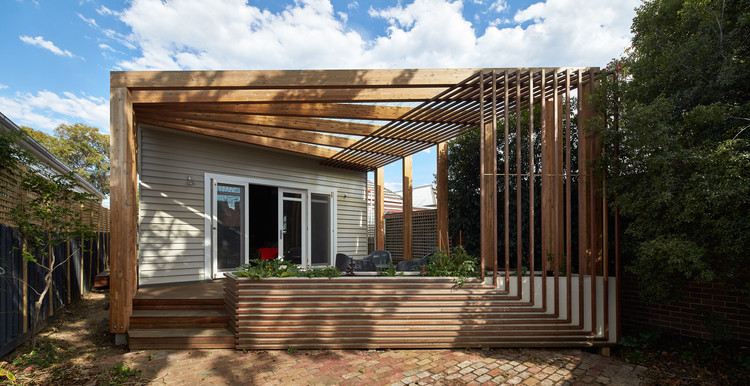 Text description provided by the architects. The brief was to create refurbish the existing single fronted terrace internally and construct a new deck which maximises access to the north light while providing shade from the western sun.

A triangular deck was devised to reorientate toward the north. A planter box was incorporated with vertical screening to the west. The battened screening weaves its way over the face of the box the up the roof structure, embracing and screening the deck.

Internal spaces were replanned to create a continuous line of spaces with direct views from the front to the rear of the house through the linear passage.

A large black joinery block defines the transition from the old to new spaces. This block contains the bathroom, laundry, study, shelving and kitchen.

The kitchen then unfolds along the island bench into the triangular forms, reiterating the forms of the deck, establishing a dialogue between the inside and the outside. 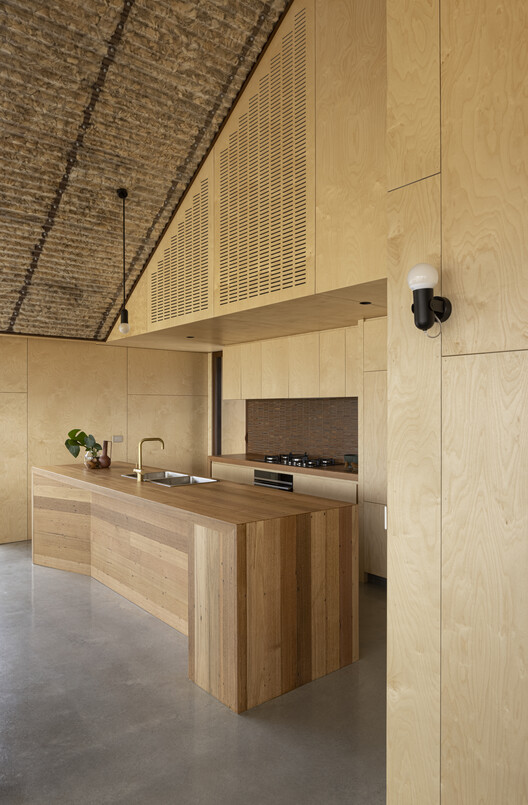