Santiago Calatrava has won an international competition to design a "landmark" observation tower in Dubai Creek Harbor. Selected over five other proposals, the design was inspired by Islamic architecture with the intention to "fuse modern, sustainable design with the rich culture and heritage of the United Arab Emirates."

“This architectural wonder will be as great as the Burj Khalifa and the Eiffel Tower,” said Sheikh Mohammed, Vice President and Prime Minister of the United Arab Emirates.

"Combining Islamic architecture with modern design, the tower at Dubai Creek will become a national monument as well as a cultural and tourist destination,” said Mohammad Ali Al Alabbar, President of Emaar Properties, which will develop the tower together with Dubai Holding. Emaar Properties is the same firm that built the Burj Khalifa, currently the tallest building in the world.

“We feel extremely thankful and honored to have been selected for such an important project,” said Santiago Calatrava. “Dubai is where innovative and revolutionary architecture is making incredible strides. In our proposed design, we have united local traditional architecture with that of the 21st century.” 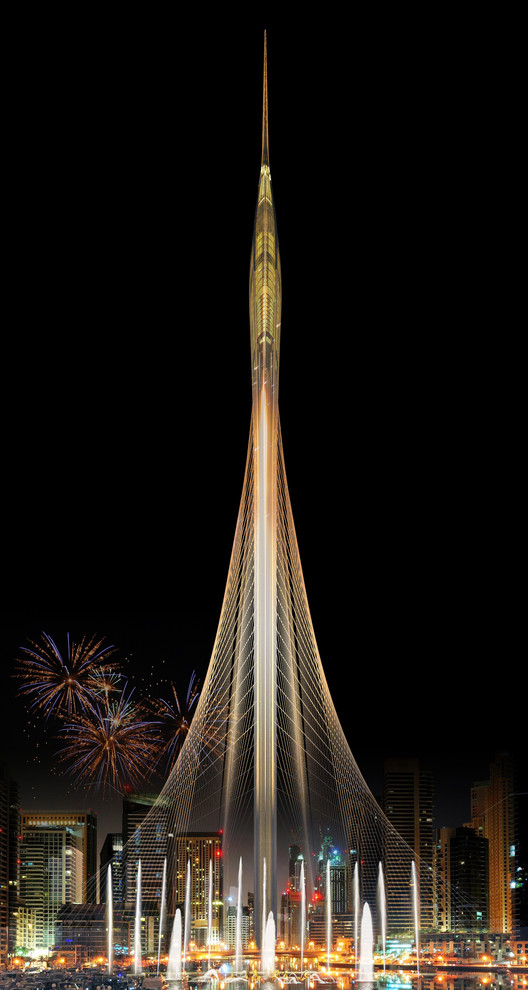