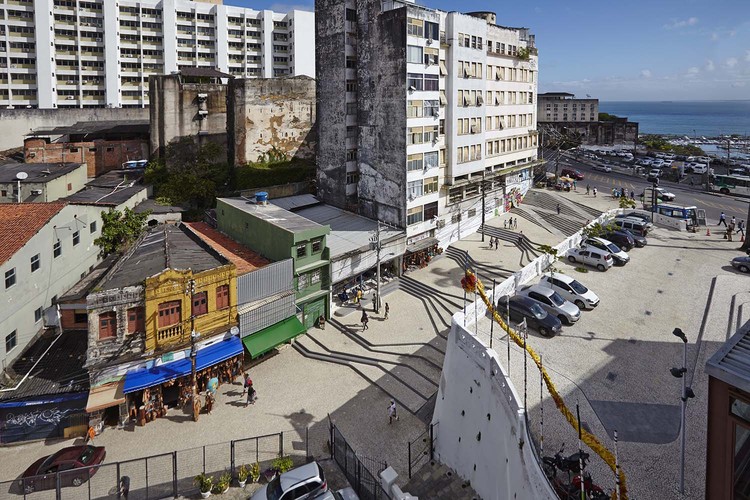 Text description provided by the architects. The new design for Ladeira da Barroquinha in the centre of Salvador is an extension of the public space renovations for the Glauber Rocha Theatre and the Gregorio de Mattos Foundation cultural area based at Barroquinha Church. Apart from being the connection between these two institutions, the project organizes the entrances to the buildings that face the slope at different levels and also considers the tranquil flow of customers that attend the local street market with the intense pedestrian flow towards the bus terminal.

By creating a distinct topographic design, new paths with different speeds and open plateaus for permanency are created. In addition to the slope itself, now for pedestrian use only, the project integrates the square next to the cinema located at a higher-level plateau using these same principles.

Despite its singular design the intervention accommodates itself in the existing urban space by alleviating the gradients of the slope and making use of materials historically found in the pavements of Salvador. Even though traditional materials like Portuguese tile and granite were chosen, the use of new technologies such as water jet cutting allowed for new possibilities such as rounded shapes, non-geometric designs and non-standardized finishing pieces.

With a total of 2500 square meters the whole area was equipped with benches, tables, bike racks, new lighting and landscaping which gave the entire complex not only the character of an efficient passageway and important landmark but also of a pleasant area to sojourn, contemplate the scenery and preserve the traditional leather market which for many years has been in this same place.

Itaú Bank financed the urban intervention project and construction, in partnership with the municipal administration of Salvador. 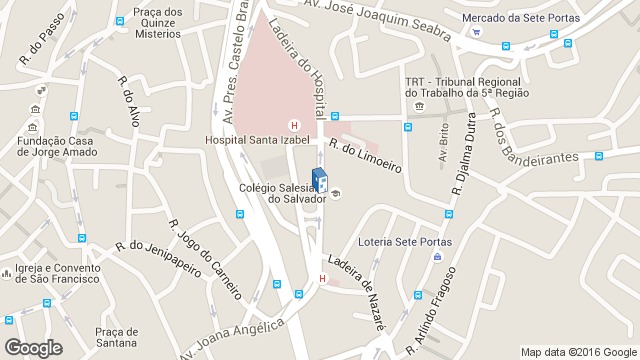