Text description provided by the architects. Situated at the meeting point of several major avenues and extremely well served by public transport such as subway, train and bus, the Largo da Batata distinguished itself as a strategic location for the insertion of this new commercial enterprise in the city.

Rising on the corner of Rua dos Pinheiros and Rua Claudia Soares streets and facing the neighborhood’s new revitalized square is the TEOEMP building.

The project’s architectural design approach is inspired by the site’s unique qualities so we worked with a continuous curved façade near the corner, thus conferring a special characterization to the surroundings due to the generous setback.

The façade has various types of glass, thereby creating a diversity in its composition.

While the L-shaped floor slab is protected by a curved skin which forms a central atrium, the building has 14 corporate floors each measuring roughly 960 square meters and all with a panoramic  view over the city’s urban void. 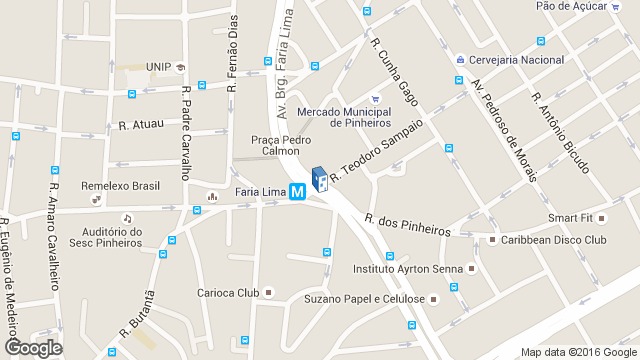