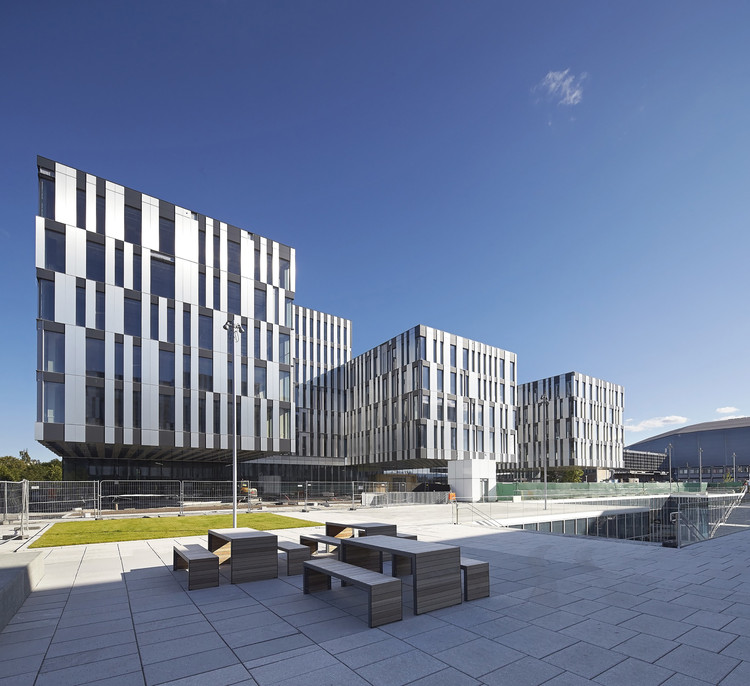 Text description provided by the architects. Fornebuporten is one of the office and residential clusters that, in the last two decades, popped up in the land of what once was Oslo’s airport. The site, at the entrance to the Fornebu peninsula, is a gateway to this blooming new district.

Two volumes confine a public plaza which central element is a lowered atrium.  Here a variety of retail programs is available not only to the 3000 people working at Fornebuporten but also to all the commuters that will use daily the future Fornebuporten metro station. The building mass surrounding the atrium connects the two building on the basement level. This is where some of the common functions are located such as car and bike parking, changing rooms, kitchen and technical facilities.

The two identical buildings, overlooking the central atrium from opposite sides, are composed by five volumes with the same width but different heights sitting on a glazed base. This gives the impression that the building is floating over the plaza due to contrast of the base’s lightness with the bulkiness of  the office volumes.

These volumes cantilever outwards, alternately towards East or West, optimizing this way the daylight intake. Maximizing  the daylight areas enables to increase the density of the building. Each floor  is planned to host between 250 to 300 permanent working spaces.

Drawing visual references from the offshore industry, the 20 meter cantilevers rest on a central core resembling an oil rig. This resemblance symbolically points out the ambition behind the project: Fornebuporten should be a magnet for knowledge-based enterprises and oil and offshore intelligence.

The ground floor is designed to be a welcoming and transparent space, with a continuous curtain wall from floor to ceiling. The office volumes seem to hover over the public ground floor restaurants, coffee shops and cafeterias. The underside of the “hovering” volumes is a playful checkers cladding - the  result of the folding of the building’s facades under the cantilevers.

Fornebuporten is strategically placed around Fornebu’s future metro station. This stimulates a more ecologically aware way of commuting, a priority to the norwegian political sphere and society in general. Openness to the public is also a  fundamental side of  the Fornebuporten complex.

A big part of the project is open to the public realm: the plaza sprinkled with sculptures, gardens and urban furniture; the inviting cafés, bakeries and restaurants in the transparent ground floor or the retail spaces and gym around the central atrium.

This openness breaks up with the traditional definition of office building by creating a synergy between the city and the office cluster. Contributing to the establishment of Fornebu as a city district, with new public spaces and facilities, improves both the quality of life of its inhabitants and makes those who daily work at Fornebuporten more integrated with the city itself. 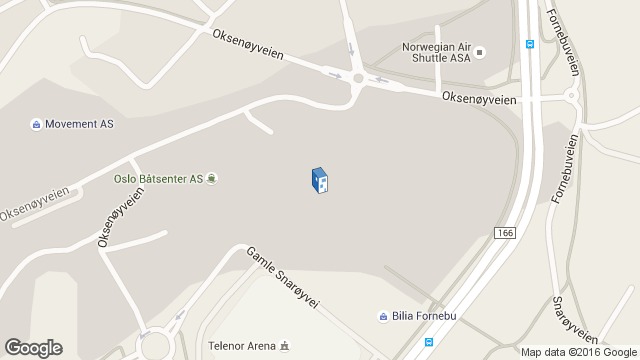 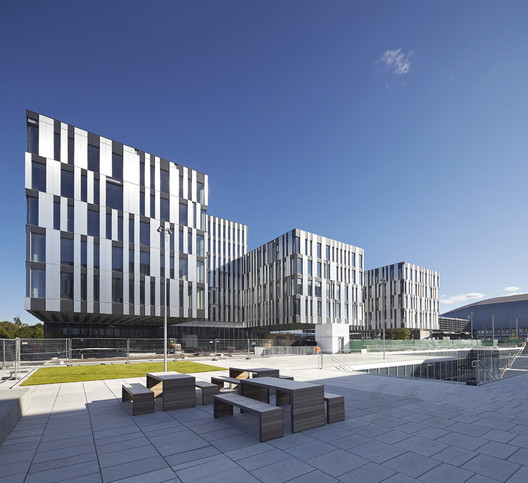