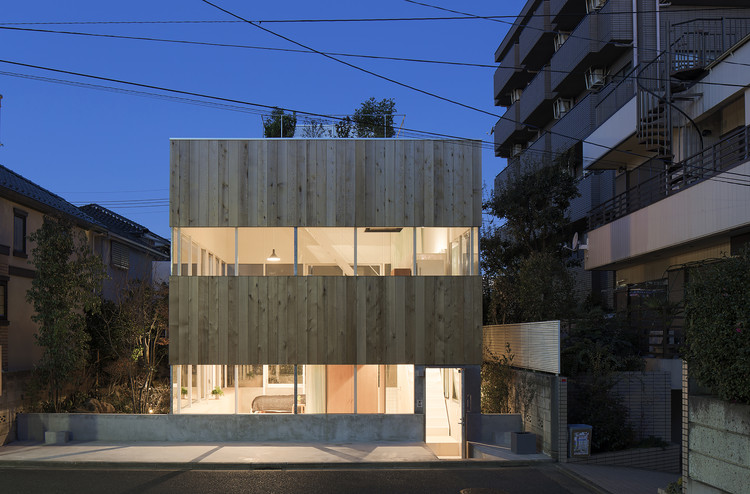 Text description provided by the architects. On a plot in Tokyo, a small garden has been thriving next to an old house for a long time. As the tiny existing building was replaced, our client really wanted to preserve the garden and allow it to sprawl all around the house. The small plot should also fit a parking, the maximum footprint of the house, and the necessary gap to the site perimeter.

The client is a couple that will first use this house as a weekend house before eventually moving to Tokyo. They also have grown-up children living in Tokyo and abroad that will inhabit the house from time to time. Therefore, the program was fairly unspecified, and rather than making a house with many small rooms, we opted for a concept which gives a few large spaces in this small house.

The ground floor is sunken a bit into the ground to find a new relation in absolute proximity to the garden, a new perspective to contemplate the greenery and an un-traditional openness to the gap around the site. The uninterrupted glass slit around the entire ground floor means that the house is opening up to all sides, to wide and narrow garden spaces, as well as to the street.

Due to the semi-sunken base of the house, the second floor can be a singular open space with a proportionally large ceiling height within the maximum building height; still in relative proximity to the ground, not losing contact with the greenery of the garden while giving access to the roof terrace as well. This big second floor room is open to all sides with a glass slit, providing a sense of being semi-outdoor, enjoying a 360-degree panorama of the site, the tree-tops, and the sky. 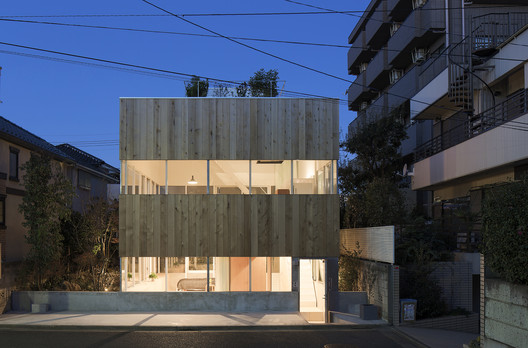