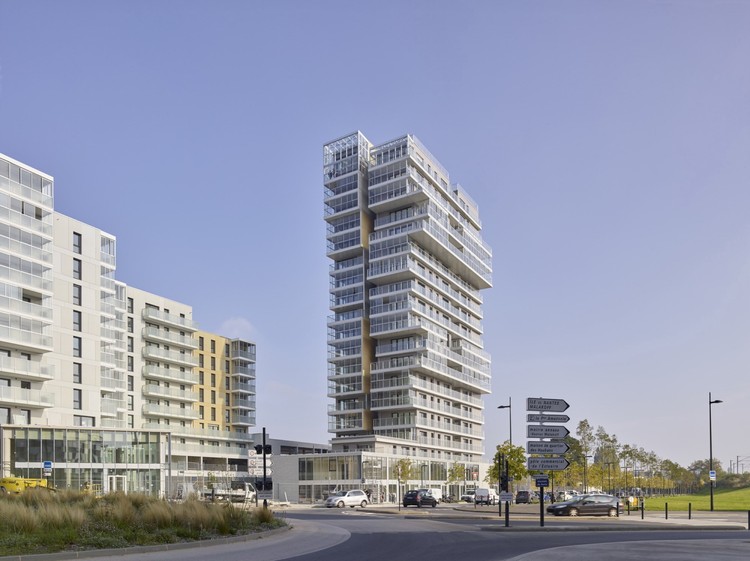 Text description provided by the architects. The project consists of three housing building on a foundation of business premises. It is articulated by a landscaped garden with vegetal and mineral nuances. We believe that “beautiful” housing accommodations are bright, well-oriented and offer wide views. This is what we have planned for the three buildings with views to Nantes city or to the river. We used the same codes and registers with small changes for each project.

The aim is to distinguish each entity while having an overall unity. Thus the limelight of the housings through their outside extensions (such as loggias and terraces), put into the light buildings from public spaces. The intrinsic quality of the housings draws the facades. The architecture emphasises the use and the opportunity offered by the housing. We did not want a demonstrative architecture, but rather an architecture that invites you to move in. We are particularly interested in the orientation of housing. Thus the vast majority of the flats has a Southeast or Southwest exposure. And most units have a double crossing angle or orientation. The slenderness of the corners’ buildings forms two “towers” that ends the plot and touches Picasso’s alley, even though the below central building connects with the garden. 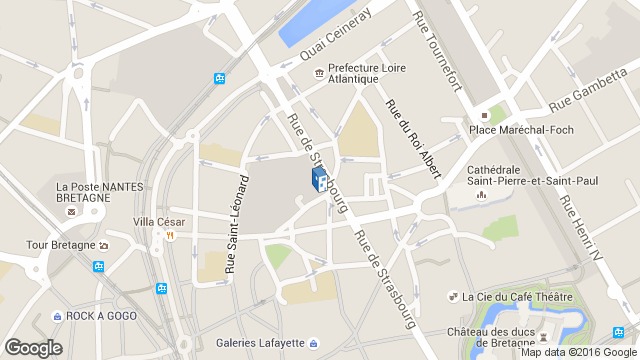