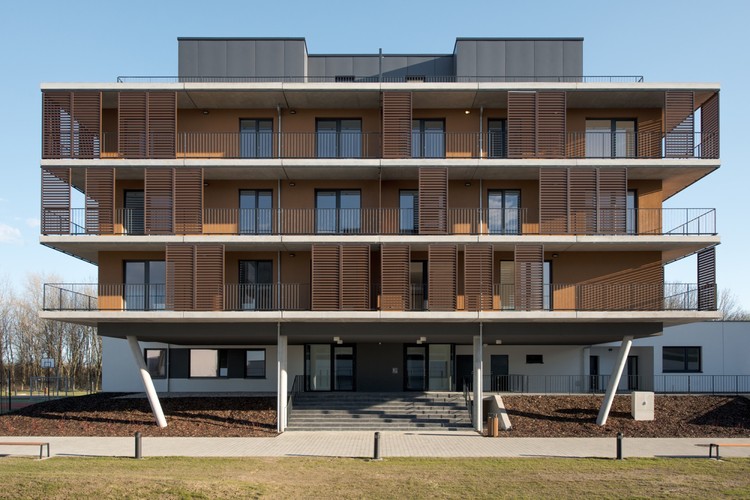 Text description provided by the architects. The Sunflowers residences are a pilot project in South Bratislava, which by its size and urban ambitions belongs amongst the largest urban development projects in Bratislava. They are located in the south of Petržalka district – on the edge of the lowlands forest, between an artificial hill and Danube embankment.

The complex includes 71 terraced family houses and 200 apartments. The basic concept was to bring to Petržalka the missing formats of living and public space, formally defining itself against it, but at the same time relating to it by means of contrast and needs of its inhabitants.

Great emphasis was placed on a comprehensive and high-quality public space, and on the architectural consistency of houses and streets. Its essential ambition was to create a semi-public space for people to meet. Thus there was created an open space that includes a sports area, children’s playground and greenery, and that clearly separates and defines the area for apartments from the other one for family houses. 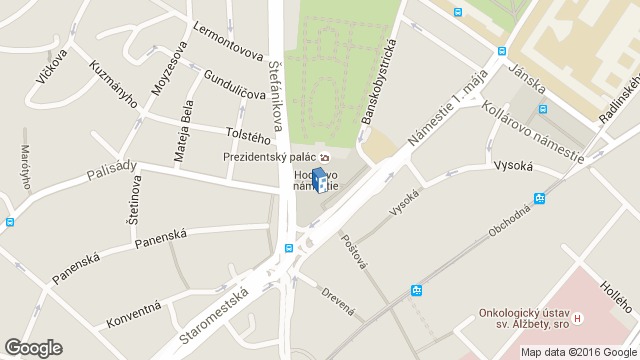