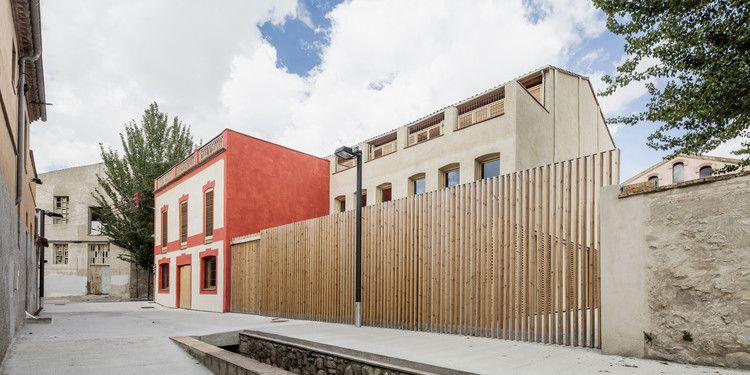 Text description provided by the architects. Comprehensive rehabilitation of two tanneries in the Rec neighborhood , an industrial area located south of Igualada, formed by ancient leather tanneries, modest architecture buildings without an outstanding heritage value, but of great importance to the city from the viewpoint of historical memory.

The framework of the project is an urban strategic operation looking to strenght its heritage assets. The project it is a first step of the intervention, with the objective to create a space for dissemination tanning in the XXI century.

The rehabilitation of the tanneries does not arise as the simple recovery of an isolated building, disconnected from their surroundings, but from a functional point of view, completes the nearby Leather Museum and  provides a future pole of attractiveness of the city.

A building-door it is projected, that both from physical permeability as well  from layout program, creates a museum tour to involve the urban space itself. In turn, this opens the Rec for new equipment motor exercise in the recovery of the ditch as the backbone of the neighborhood recovered.

The project aims to qualify the building from the outside, to keep inside the existing building elements and the set of walls as they were found. The facades are restored to its original state: the size and pace of openings recover, and new woodwork and wooden blinds are placed. It aims for a double chromaticism, with the colors of the neighborhood (ocher and Mangra) twhich makes explicit the two buildings.

Inside the existing constructive solutions, reinforcements and wounds on the walls are respected... The story of the factory  is expressed in the interior, and in this sense, intervention preserves this memory avoiding emascarar, scraping, polishing ... The intervention on the existing structure is minimal, profiting most of elements, reinforcing them if necessary, with simple and economical solutions.

According to this objective it is studied in detail the functioning of all the elements to find the optimal solution for each. The reinforcements  are showed as another phase of the functional transformation of the building and the existing reinforcements are not hidden or disguised. 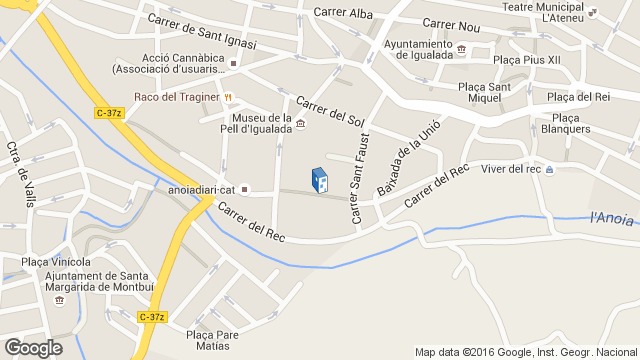