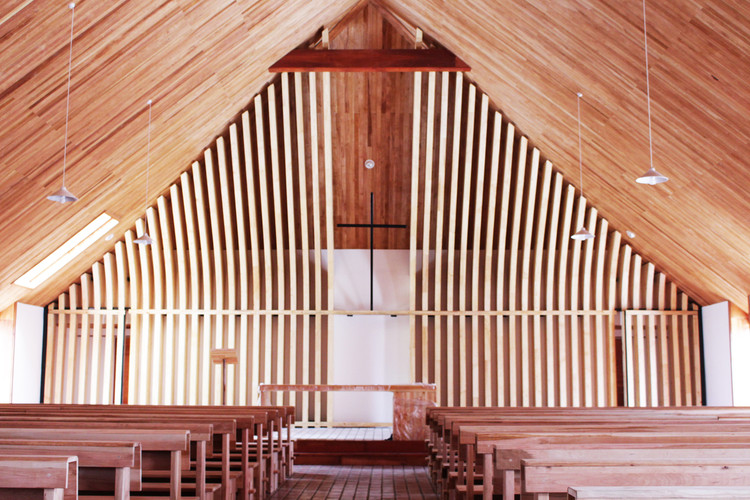 Text description provided by the architects. The project for the Sacred Heart of Las Cabras Parrish originates after the buildings of the former parish were severely damaged by the earthquake of February 27, 2010.

The project consisted of demolishing what was left of the temple located in the heart of the village, and then carry out a new temple plus some parish offices.

For this we asked the following question: Where can we find a profound aspect of culture, which can serve as reference for designing a significant project such as a Church?

In response to such a deep question, the idea that arose came from the most subjective: four photographs found in a family album, showing a simple manor house, which seemed to respond to all of our concerns. These linked our personal and emotional story with an architectural legacy that had not touched or moved us directly until then.

The images taken by my father show a huge tiled roof, deformed by its own weight, peeking through the bushes. They also show a corridor with a sequence of regular columns and bet ween them wooden windows that display the thickness of the walls. They also show the crumbling stucco, the adobe that shapes the volume and show above all a form of tradition, not noted for its uniqueness but for the safety of perpetuating certain minimum principles.

Since then, these photographs constitute the navigation chart of the project, a kind of place to which we could always return to if we strayed too much in false speculations.

The project puts together some basic rules. An axis of symmetry, by which the project would be accessed and through which the program would be organized. A uniform height for all walls, which would be generous, but also which respected the scale of the neighborhood and met the desired proportion, taken from this great anonymous manor house of the past. Thick walls, all of them 60 cm, made from a composite material of concrete, masonry, steel, mud and straw, making new technologies coexist with the local wisdom.

Finally a great question: To build with Chilean tile? To add a series of formal and symbolic connotations of a certain time to a project of 2010? Why, if we took a more or less literal position on the walls (filling them with straw and cladding them with mud and lime), would we not take the same position on the roof?

The decision was affected by a series conditions, such as weight, color and material economy, with the pre-painted flat metal plate as the material that best responded to our concerns. 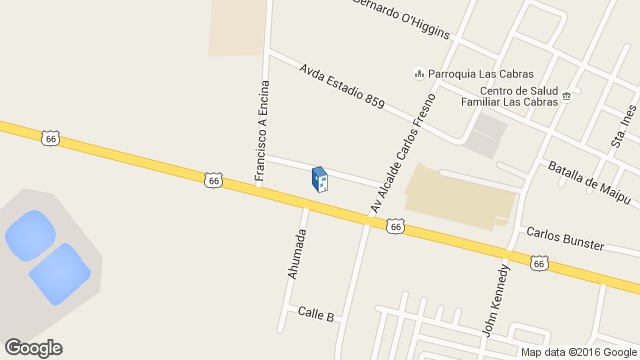 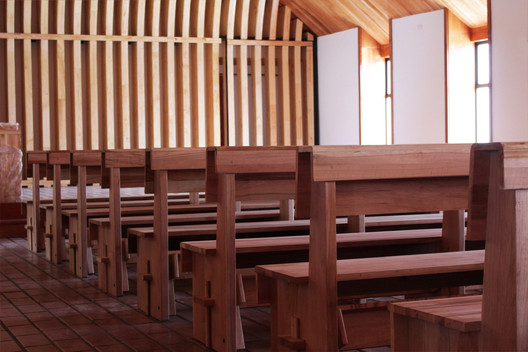 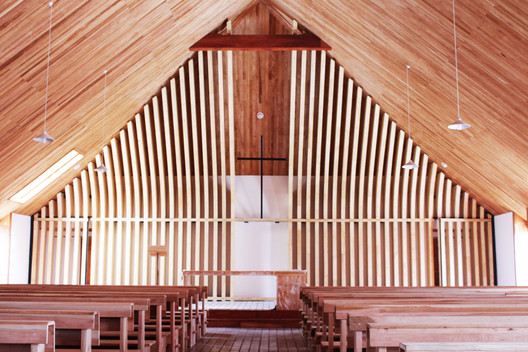