Save
The Pyramid Viewpoint / BTE Architecture 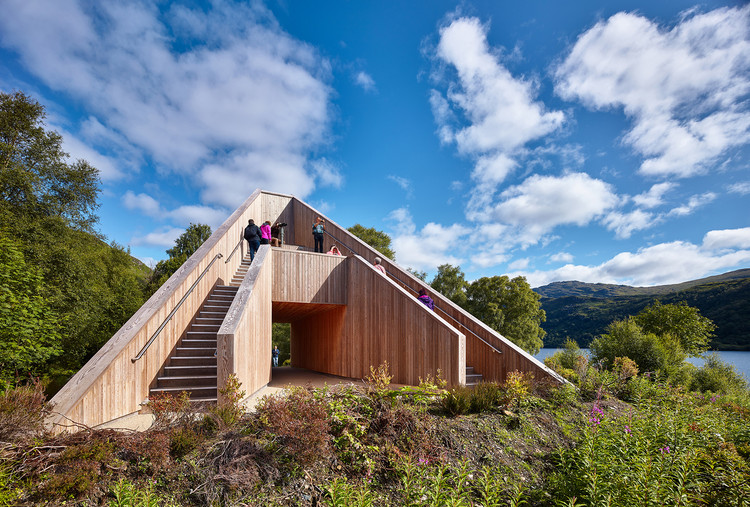 Text description provided by the architects. The site is located on a peninsula overlooking the U.K.'s largest stretch of inland water, Loch Lomond. An existing cafe marks the entrance situation for visitors arriving either by car from the A82 or by boat. From the car park with adjoining jetty, a system of pathways lead onto the peninsula and continue along its exposed edges formed by big rocks, or through the site sheltered by trees and bushes. The rocks locate the site high above the water's edge and a series of steps and easily accessible ramps lead the visitor through the sloped inside of the site. The pathways interlink, creating a parcour with rendezvous points adding emphasis to these junctions.  The topography of the site allows the surrounding landscape to be experienced as a panorama, with the site itself visible from afar, like a rock amongst water.

The viewpoint takes the shape of a triangular platform and is positioned at the end of a long curved path stretching from the car park to the highest point of the peninsula. It is first seen as a narrow vertical stack amongst the tree trunks surrounding the path. Only a glimpse towards the loch is visible through a long tunnel, that marks the entrance situation of the viewpoint. The single storey tunnel that is as narrow as the path, leads from one vertex of the triangle to its base with views over the loch disguising the scale of the project. Only after having passed through this entrance and then looking back into the triangle, the viewpoint manifests itself as a steep rising platform that is accessed by steps going up and around the perimeter of the form. Benches, interspersed between the steps, create the central core. As the structure rises the more exposed the benches become mimicking the seating arrangements of an arena.

Externally the viewpoint creates a distinctive point of attraction. With a strong visual impact, it embraces the vast drama of the landscape which wants to be experienced in such an exposed location. The inviting gesture of the beacon attracts visitors from a distance, to explore an alternative view, a pause in their journey on this scenic seat. The sculptural character of the project is strengthened through the use of one singular material. Both walls and the horizontal steps and benches are finished with a vertical timber rain screen. Its bold appearance contrasts and compliments the various greens of its natural surroundings and the usable inside of the structure invites the visitor to have a seat on a warm material, that wants to be touched.

The pyramid viewpoint was realised as part of the Scottish Scenic Routes competition, an initiative by the Scottish government with the aim of showcasing young design practices based in Scotland. The original proposal was developed and detailed by BTE according to the specific requirements as defined by the Loch Lomond and The National Park authority, who were responsible for the management and execution of the project on site. 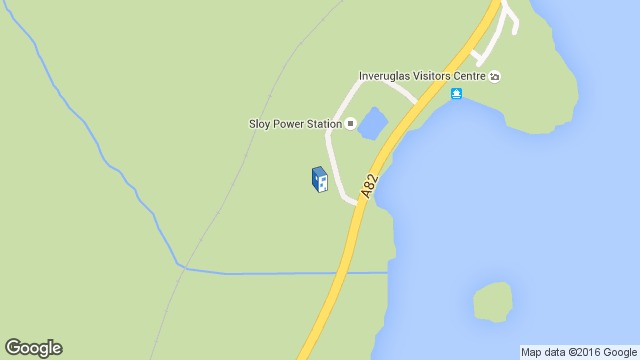 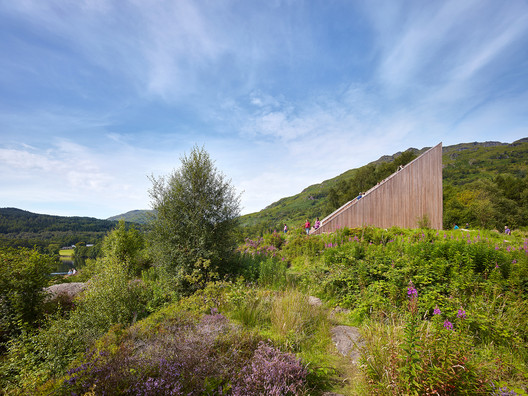 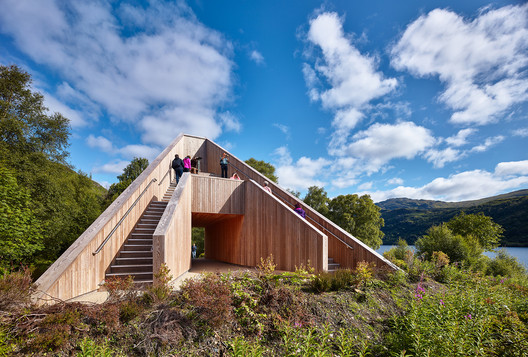