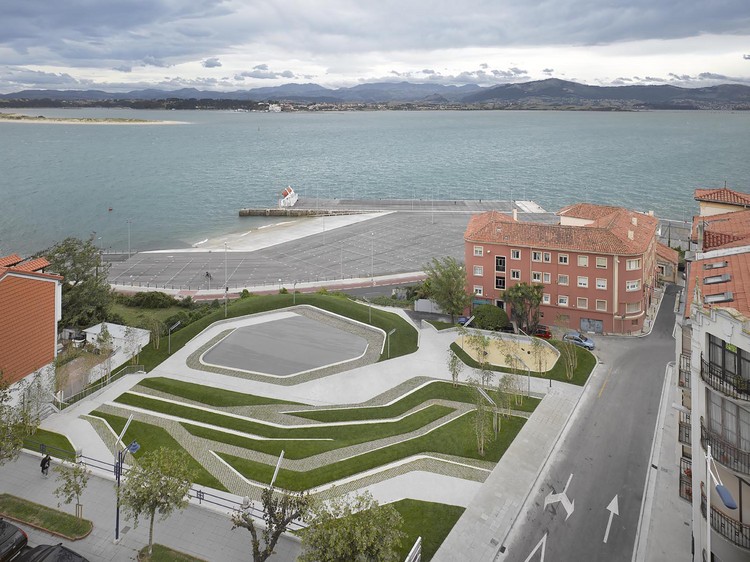 The strategy proposed is one of an urban seamto be achieved by means of a series of terraced platforms and slopes forming stands, whose geometry solves the difference in levels of the site and the link between its limits: Reina Victoria Avenue in the north, Union Street in the west and the southern area in the lower part of the square itself. These platforms permit, by means of slight level changes, the resolution of the topographic gap and generate a new and continuous territory, sewn to the borders of the city. A new open and flexible space; a whole made up of different situations, levels, spatial and material dimensions, designed to be discovered by the user: a spatial and material system with multiple possibilities of use and interpretation; a hybrid between stands, square and park.

The stands have variable dimensions, comprising from grade-spaces of strict section, to the widening of the platform which allow the creation of places with more spaciousness, as well as other possibilities for gathering and enjoyment. The terraces are created basically as natural elements: spaces with grass areas and finished with ecological paving which generate intermediate situations between the artificial and the natural, and which permit the growth of vegetation and the natural drainage of rain water.

The paved spaces made of concrete pavement are also placed on the stands to make the route easier and, especially, the connection with the new entrances considered. The paved stands are defined by means of naturality-artificiality relationships, beginning with the hard concrete pavement —the most urban condition—, to the grass areas —the most natural condition—, going through mixed intermediate situations solved by means of ecological paving stones.

Activities such as going for a walk, sitting to gaze at the views, lying in the sun or taking a nap, taking the dog for a walk, meeting friends, going on an urban picnic looking at the sea, reading a book in the heat of the winter sun or watching an urban event with the Bay as background for the ludic platform, are all part of the multiple possibilities offered by this new urban space.

The project intends to generate an urban space which can be crossed on foot and strolled around, offering four fundamental actions on the borders of the project:

1. A new staircase located on Reina Victoria Avenue —on the corner which comes into contact with the dividing wall of the pre-existing edification —which connects the different levels of performance in a fast and direct way..

2. Multiple accesses from Union Street to the different platforms, by means of slight ramps which geometrically settle/solve the joining of the stands with the steep sloped street mentioned above.

3. The configuration of a main access to the project from its lowest level, treating it as the beginning of the route accessible through the square and as a connection with city in the lower part of the project.

4. A new layout of the southern staircase in the lower part of the action to generate better access and connection with the bay, promoting the relationship with it.

In the lower part of the project we find two horizontal areas, more static and slightly sunk, dedicated to play and performances. The first one, larger, is planned as an hexagonal enclosure site, which is meant to serve as a game board or small spontaneous stage for urban events. Its special materials —synthetic wooden paving— seeks to promote the appearance of this type of use and a warmer perception of the space. The second, a small protected place, surrounded by trees and vegetation is finished with rubber flooring and swings, making it suitable for children's activities.

The new San Martín de la Mar Square aims to rediscover and boost the privileged location this urban enclave holds in the city of Santander, referring especially to the views which can be obtained from it. Its new condition of urban viewpoint allows visitors to enjoy exceptional views oriented to the south, reincorporating the lost images of the bay and the passage of ships in that area of the city. Its new configuration as a promontory and the intentional position of the trees and vegetation, enable an optimal capture of views and visual escape. 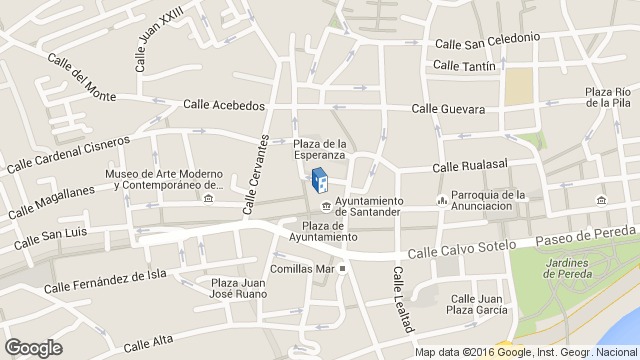 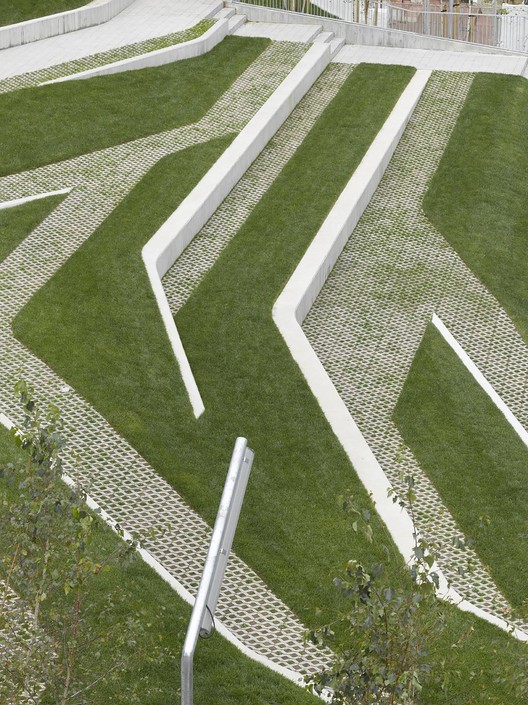 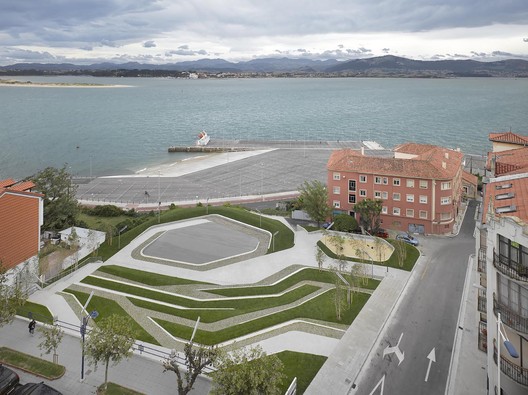