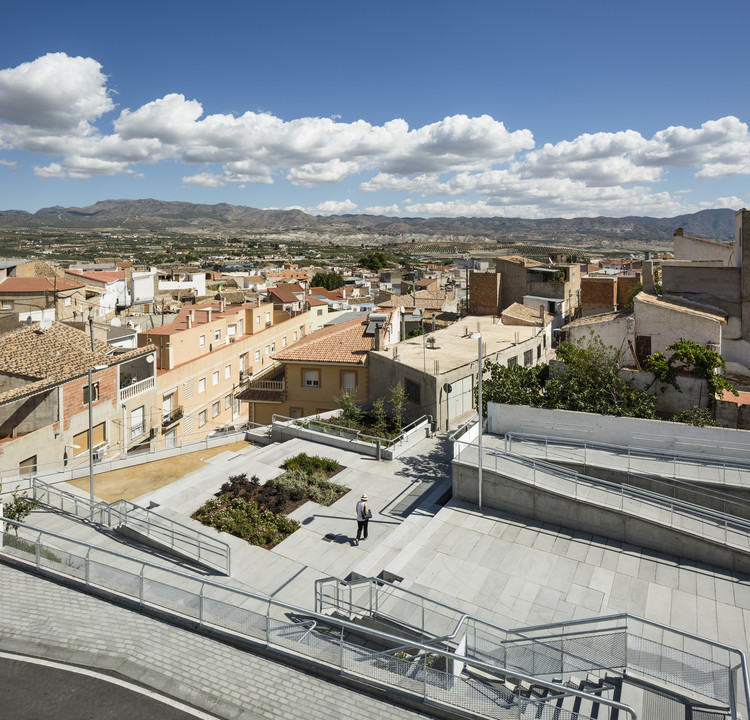 Text description provided by the architects. Due to its physical and topographical conditions, Tíjola's urban configuration is made up of jumbled central core with winding streets that, towards the edges as it approaches the valley and the topography softens, follow a more organized layout. However it is undefined at the uppermost levels, where the cave neighborhoods are and where it comes into contact with the rolling hills to the south of the town. There, unorganized spaces and informal buildings sprawl.

The project area lies within one of these "unresolved" spaces, one that also has great cultural and religious significance for the town.

The procession of "el Calvario" takes place on Good Friday at the break of dawn. Its zigzagging itinerary among pine trees follows the stations of the cross set along the Loma del Calvario, where a cross announces the moment of the Crucifixion. This celebration entails coming into direct contact with this public space and its specific configuration: the ascension, the liturgy of the way and its pauses all give meaning to the current layout of the ascent up the hill.

The urban renewal of the setting of Tíjola's La Loma del Calvario, requires a respectful approach in order to establish the future of a space charged with collective memory. This approach must also be able to reinterpret and add quality to the public space that surrounds the Loma del Calvario as an area for new uses, in order to recover the direct relationship between the itinerary and the public space with the natural milieu and the more urban areas. This will allow the town to establish new ways of relating with its edges as well as giving the space its "marginal centrality" back with respect to the town and the territory.

Our proposal is to give the reforestation process continuity, creating a contact zone between the urban realm and the forest, in order to solve the town's undefined spaces as it reaches the first hills at mid-height level. This is accomplished by extending the forest towards the urban realm (Reforesting the Urban Space) or by extending and blurring the urban development as it reaches the hill and the pine grove (Urbanizing the Pine Grove).

The Loma will accommodate the town's new leisure facilities and bring together new uses and public spaces along its edge. Within this square-gardens-park system, the pine grove, as a strategic resource and the symbol of the reforestation of urban space, determines the reconfiguration of the way the Loma is accessed, while it also becomes the element around which public space is organized: it distributes uses, helps to lay out itineraries and enables us to establish the materiality of the proposal. Collective memory and popular festivities have generated a strong collective conscience that is channeled to become the driving force of the renewal of the Loma as well as of the complex system of interlinked open spaces.

Likewise, the vacant areas that exist between Nueva Calle Puntal and the Loma are reorganized. We propose an "urbanized" reforestation for these mid-hill spaces, and include retaining walls that generate terraces and define existing paths and tracks. This park becomes the pre-space of the Loma del Calvario.

Following the line of the existing trail, the path is extended sideways, like a rug, in order to incorporate each of the milestones or alcoves as we head up. In other places the paving changes subtly to entice people to stop, meditate and discover the landscape: these are slight extensions on each of the path's curves or turning points that help, on the one hand, to reduce its gradient and make it more comfortable, and on the other to generate a series of vantage points, since it is from there where one can grasp the best views of the valley and of the town. 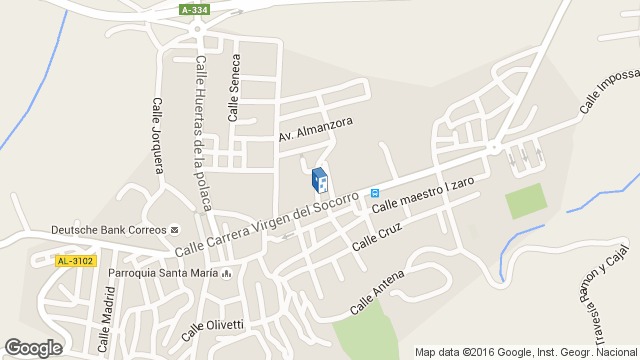