Text description provided by the architects. In Baena, Córdoba, restoring its XII century castle has acquired a major characteristic, as it is one of the largest and most important projects of architectural restoration. Granada native José Manuel López Osorio was the architect commissioned to lead the whole process, which as he points out, "seeks an integrated vision of heritage that considers both the consolidation and enhancement of its historic structures, such as the ability to integrate the urban areas where it is located into global processes of revitalization."

For this, the project has addressed the recovery of existing structures at an early stage and incorporated new elements that enable its use in a second stage. It is at this point, when Lopez Osorio has fully relied on the work, experience and expertise of Grupo GUBIA, an architecture office leader in the design and construction of all types of spaces and structures in wood, to technically solve an "experimental" system of iroko wood walkways which connect the different towers of the ruins.

The first stage of the project consisted in cleaning and consolidating the walls of all towers of the castle (after the archaeological excavation works), maintaining existing textures, preserving the current materials and displaying partial damages.

A new layer is added that recovers the original volumes: sandstone blocks arranged with details carved by hand, that integrate with the eroded fabric, offering a beautiful vibration to the walls. These new spaces lit naturally and subtly have allowed to incorporate new uses and to visit the original remains for which, in a second stage, we have created the complex system of wooden walkways.

Walkway system: the logic of wood in the restoration project.

The use of wood as one of the main materials involved in the restoration of this building which is part of the artistic heritage of Baena is certainly key in the architectural, constructive and aesthetic operation. The noble material provides a warm and friendly character to the monument, establishing a functional continuity between the interior and exterior spaces. The dark color of the species used provides a color contrast with blocks of stone and white concrete walls and relate to these historic walls of the fortress, covered with a patina with the passage of time.

Each wooden walkway in the castle is different in geometry and size, but all are composed of more or less repetitive and rhythmic modules formed by iroko wood strung through a complex system of stainless steel rods, nuts and washers. The purpose of the system is to ensure and facilitate the replacement of any part when necessary, allow the movement of the material and expedite the process of site assembly once the modules are configured in the workshop. Constructive solutions in the design of the walkways contribute to facilitate the evacuation of rainwater, one of the most harmful agents to wood in outdoor use.

As for the different faces of the tower, we made a solid iroko pavement, which through a slit sets the pace and the same proportion as the existing gateways between the wood slats and their separation; and the spectacular and imposing wooden balcony overlooking the green landscape around the monument on the opposite side, south.

The Adarve walkway is also configured by horizontal slats. This looks sandwiched between two stone walls that create between them a trapezoidal shape over 10m long. Divided into six modules and thanks to the meticulous work of measuring the surface, we were able to manufacture it completely in the workshop.

The west tower, meanwhile, is noted for its constructive solution to the northwest walkway. Solid stainless steel "T" shapes also lined in timber project from the walkway to anchor to a base inside the tower.

In short, each and every one of the actions and interventions in the Baena Castle restoration project have been aimed at a correct interpretation of the walled enclosure, and to establish a two-way relationship with the territory. Doing so, José Manuel López Osorio adds, "through not strictly traditionally mimetic materials, which have offered certain degrees of freedom in the interpretation of these remains, but that are intended as quality elements, they can offer guarantees of durability and are arranged so that it is possible to disassemble and replace them if necessary".

Objectives that are completed "with the possibility of including new uses of the monument that transcend the mere contemplation of historic remains." 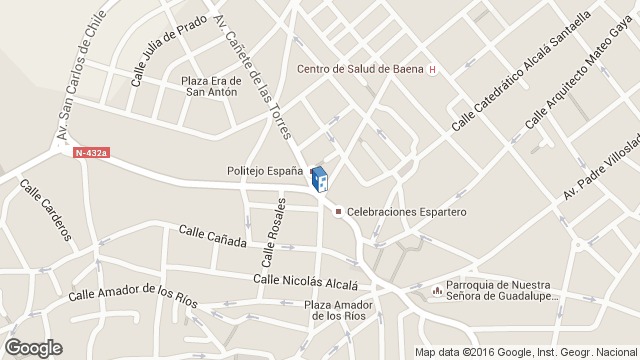