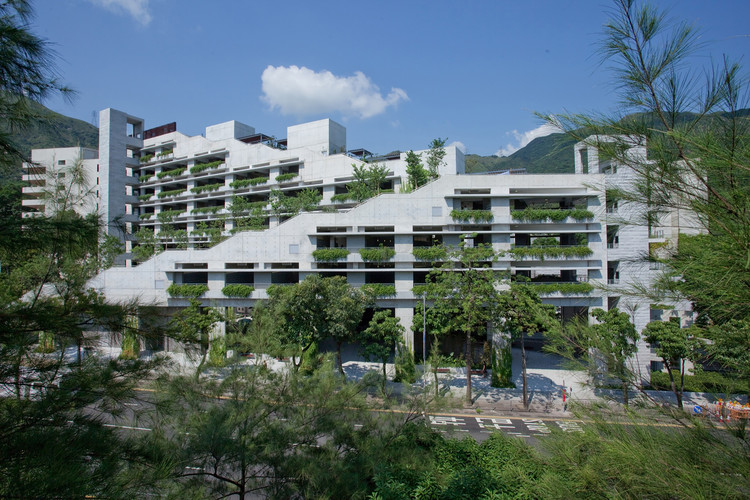 Text description provided by the architects. The “Bye Saan” Tradition.

In the old days, people went up hills twice a year to pay respect to their ancestors at their graves. They brought along food as offerings, and then burned joss and incense to wish their ancestors a happy life in the Other World. Afterwards, they would sit down and share the food and enjoy a family picnic. This “Bye Saan” tradition has been practiced for thousands of years in China.

Nowadays, with the rapid growth in population, land has become scarce, hence the need for multi-storey columbaria. During the festivals, lots of people jostle their way to the niches that house their ancestors’ ashes. The tears they now shed may not entirely be tears of sadness as they miss their departed loved ones, but rather of irritation caused by the heavy smoke that comes from joss and incense burners. The whole ritual has become a test on one’s patience.

The design of the new Diamond Hill Columbarium aims to restore the “Bye Saan” tradition; reduce the air pollution caused by the ritual and the disturbance to nearby residents; and transform the image of the columbarium as a scary ash-storing structure into a building with open space usable by the public.

The huge ground floor covered garden , free of niches, is designed as a thoroughfare to facilitate crowd movements during the festivals. The roofs of the building are actually flights of wide landscaped staircases, which will ease crowd circulation, as well as providing restful places.

In the building, there are also a number of exits leading to Po Kong Village Road for effective crowd dispersal. To access the niches from the ground, there are several wide staircases, and two passenger lifts for the aged or the disabled. And on each floor, there is a three-meter wide passageway leading the grave-sweepers to the niche-bays.

The following design features have been incorporated:

- All structural beams are deliberately arranged perpendicular to the external walls, i.e. in the direction of the cross air movement; and the spandrel beams are built as upstanding ones to prevent smoke from being trapped at the ceiling.

- In areas where there is relatively low natural air movement, such as the triangular area on the lower floors where there are two rows of overlapping niche-bays, jet fans are employed.

The smoke generated from the joss paper burners at separated bays on each floor is directed to a water scrubber system to filter out odour before being discharged through the chimneys.

The walls housing the niches are arranged perpendicular to the main road i.e. Po Kong Village Road, so that the niches are visually screened by the wall greening, reducing the psychological impact on the nearby residents.

The new Columbarium is built to resemble a “mountain” sitting on a triangular site in the midst of an urban setting. The flights of wide landscaped staircases, flanked by picturesque seasonal white flowering plants, allow the grave-sweepers to re-enact the symbolic ritual of climbing up the mountain.

The modernistic architectural style of this building echoes that of the adjacent Diamond Hill Crematorium. There is no unnecessary embellishment or decoration. Every architectural feature expresses its own unique function. The architectural elements in this building, such as fair-faced concrete, natural stone, timber and plants, help to create an environment that is harmonious with nature. A flock of sculptural birds (discarded from the North Lantau Highway) find new life at the covered garden on the ground level. Hanging at a height of some 6 to 9 metres, they seem to glide above the bamboo groves.

Landscape Design and Green Features in tune with the Festivals.

The greening provides a natural entourage to the building. The blossoming time of the plants en-route to the niches coincides with the time of the two festivals. Other than the delicate and white bloom of White Bauhinia, Southern Magnolia and South China Rhododendron at the Ching Ming festival in the spring, there are also the Mock Lime and White Champak which blossom during the Chung Yeung festival in the autumn.

At the far end of the roof, and the highest point of the building, is a small garden- an ideal place for meditation. At the end wall, a black granite stone facing true South is metaphorically a compass for charting the way to the Universe. Two rows of Buddhist Pine set the mood for meditation.

Weeping plants such as Honeysuckle and Diverse-leaved Creeper, from the peripheral planters on every floor of the building and at the foot of the columns at ground level, rapidly covered the surface of the external walls, enabling the building to merge with the surrounding nature. To conserve the original greenery on site, affected trees were transplanted prior to construction. A large Ficus, which was moved to the eastern end of the site, has become a major focus of the greenery. 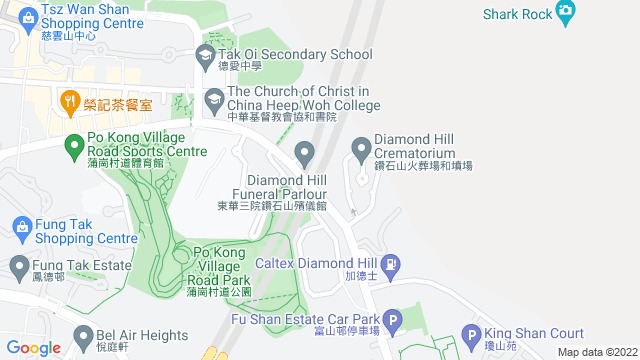 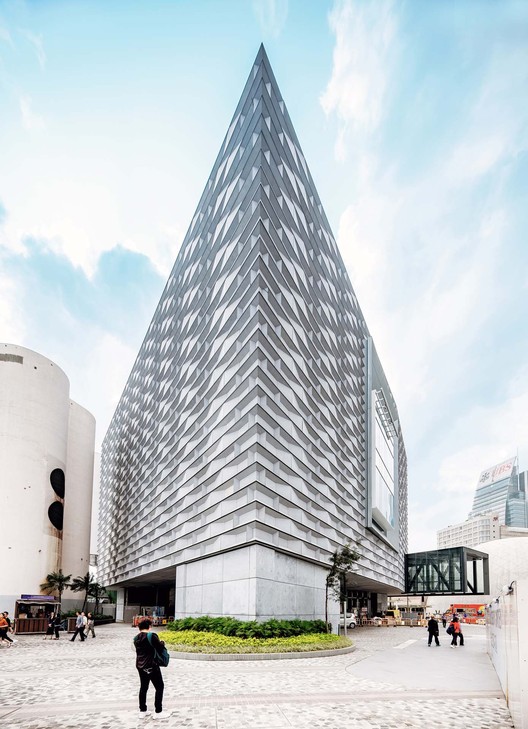 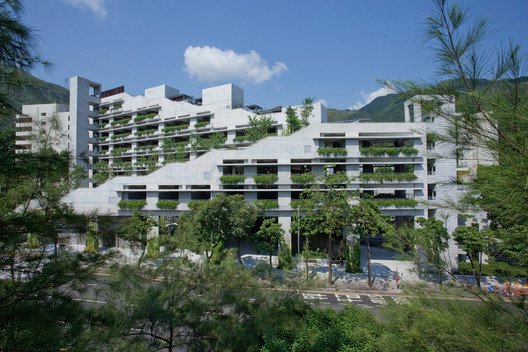