In his 1892 poem Lake Isle of Innisfree, WB Yeats fantasizes about a life lived in solitude on an island in Lough Gill in Ireland, where the poet spent his summers as a child. Earlier this year, as a celebration of the poet’s 150th birthday, an architectural competition was held by the organization Yeats2015 to realize a temporary version of the “small cabin” from the poem.

In their response to the competition brief, New York-based practice CODA’s “Cabinette” feeds off of the contradictions in the competition’s premise, creating a structure that would realize Yeats’ cabin, yet simultaneously maintain its status as a fantasy contingent upon the conditions of everyday reality.

The tension in the Yeats2015 competition is clear from the third and final verse of the poem:

I will arise and go now, for always night and day
I hear lake water lapping with low sounds by the shore;
While I stand on the roadway, or on the pavements grey,
I hear it in the deep heart's core.

Here it is clear that the cabin and solitary life imagined by Yeats only takes meaning “While I stand on the roadway”; without the longing generated by an urban life, the cabin fades from the imagination.

In order to reconcile these tensions, CODA’s “Cabinette” relies on signification as much as on realization. Their development of the cabin starts with a cubic grid of purple willow, a metaphor for the orthogonal city. On one side of this cube, the image of a cabin is carved into the grid, literally showing the cabin as a void; on the other side, the edges of the cube are removed to take the physical shape of a cabin, showing the orthogonal city as the material from which the cabin is made.

The design also, of course, serves a functional purpose as the site for poetry readings on the day of Yeats’ birthday. To accommodate this function, CODA’s design features an extended platform on which the reading can take place, while the void cut into the cube forms a seating area for a small audience. The structural matrix is filled with combustible turf - the "clay" of Yeats' proposed wattle and clay cabin - that can be burned in a stove during readings to keep the reader and audience warm.

The brief’s requirement for a temporary intervention is also taken into account, as the structure is designed to be floated across the lake, attach to the island’s existing jetty, and be floated back after use, leaving no trace.

The world of architecture comprises just a tiny selection of completed buildings compared to the great number of unrealized ideas, imaginings of a different life that will never come to pass. Yeats’ Lake Isle of Innisfree is, in this sense, a work of architecture all of its own. CODA’s design over a century later acknowledges this and does justice to his work; perhaps it is all the more poignant that, as a non-winning design, their structure was never built either. 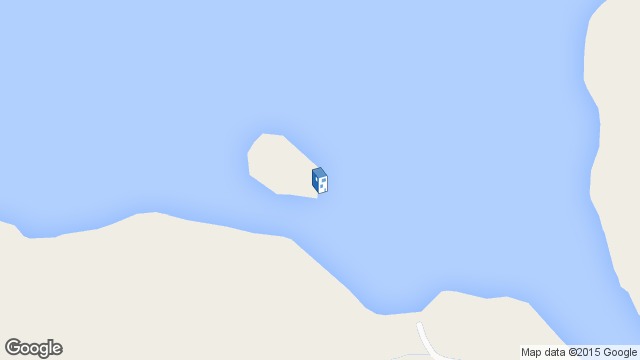