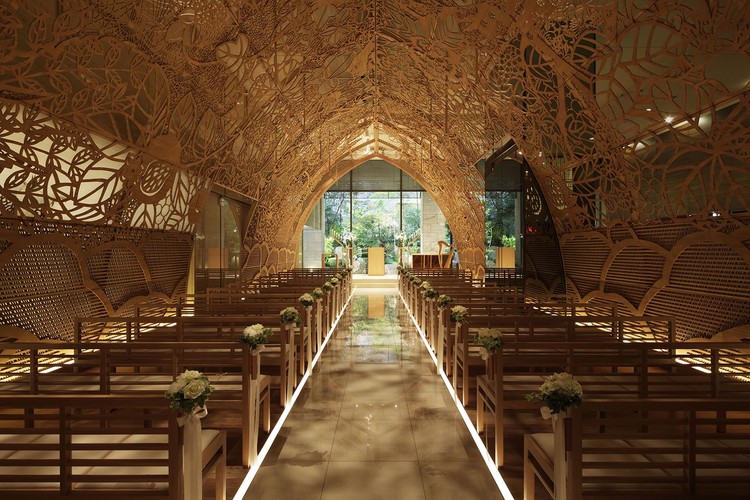 Text description provided by the architects. This is a new chapel that opened in a hotel located in the global tourism city of Hiroshima prefecture. Focusing on the fact that this chapel’s birth in the lobby area would make it the face of the hotel and convey its brand message, the design concept was to create a distinctive, unrivalled space.

Since this chapel faces the hotel’s courtyard, the garden can be seen directly behind the pulpit when we sit inside the chapel, and wooden lattice panels were used to create a wondrous, sun-dappled chapel that is integrated with the garden.

Hiroshima is often known for the ‘Genbaku Dome’ and the Hiroshima Peace Memorial, and one of the most popular destinations for overseas tourists to Japan. For this reason, in planning the chapel, we were highly conscious of that fact that we were not simply designing as a commercial facility but a showcase that would let the rest of the world know about Japan’s peaceful spirituality, history, traditional arts and crafts, and its refined workmanship.

Just like humans, in the forest, trees also live and breathe. We are all living creatures here to live, grow and reproduce. It is a link between past and present and to the future. Things built by the ancestors are carried to us today, and we pass prosperity to the future generation. All these links and connections to living things became our inspiration. Consequently, a large tree is the motif of the entire interior design.

A large tree is the motif of the wooden panel design, called the Power of Flower, which carries the theme of ancestral roots and the prosperity of future generations. Through collaboration with a kimono designer, we were able to associate the various flowers and plants in the design with these concepts by using traditional patterns found in Japanese kimonos. Each wooden panel unit of the chapel measures 2m×1m, and 100 units were used. The 15mm-thick Japanese cypress panels were intricately carved by hand to show the cutwork pattern. Such meticulous labor has made this a wooden dome chapel of an unprecedented scale even within Japan. Lighting filtering through the dome’s wooden cutwork casts shadows on the aisle of the chapel like sunlight through the trees, creating an illusion that the couple are being blessed in a sun-dappled forest. 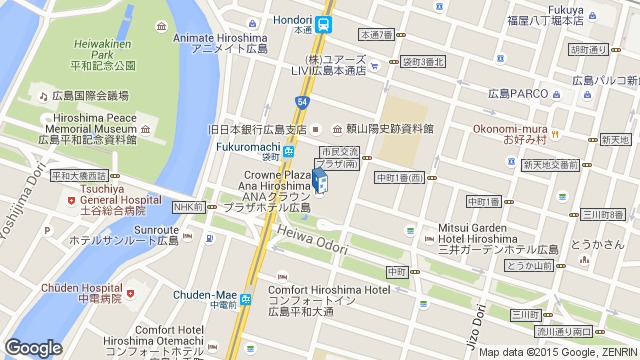 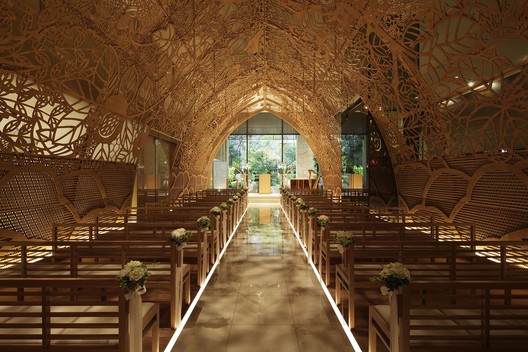