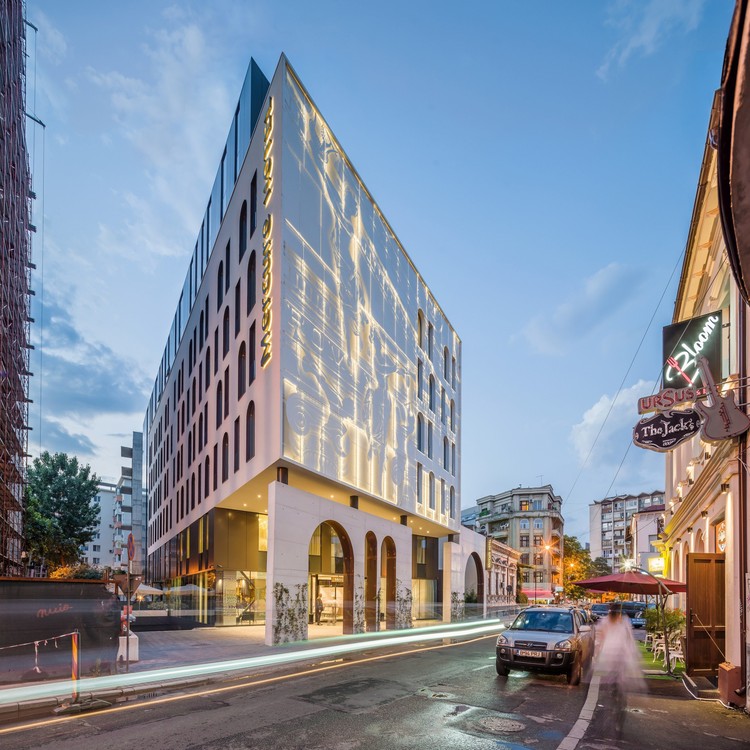 Text description provided by the architects. Hotel Mercure Bucharest City Center is a building with a story behind. The story appeared as a design consequence and has been further used as a feature for the hotel, which is a story-telling type.

As it is situated in a historic and eclectic neighborhood, but very central, we’ve had several attempts to find means of stylistic expression, until we decided that the future building must contribute synergistically to the character of the area, which led to a contextual approach.

The hotel facades have taken and reinterpreted architectural and symbolic elements from the immediate vicinity, so as to emit a cultural message, both urban and stylistically consistent.

The houses on this particular street were an inspiration for the arched windows, which we alternated with rectangular ones, in a playful manner; also, we reiterated one of the Romanian Athenaeum’s main architectural features, the portico, which is detached from the main volume and ceded to public space.

Last but not least, complementary to these archetypal items, on the main facade we have inserted a graphical collage of cultural symbols that takes the story further.

Upon a crop of the entablement of the Romanian Athenaeum floats a pair of muses "descending" from the ceiling of the music salon of the museum George Enescu - double tribute to two great local symbols: Romanian Athenaeum (50m away from the hotel) and the great composer George Enescu, which gives the name of the street on which the hotel is located.

The technical process we used to accomplish the modern “fresco” is a very actual architectural solution: we used CNC perforated panels, placed at a certain distance from the facade support, creating the look and feel of depth by alternating light and shade.

The hotel consists in some 6500 sqm of GBA, 2 basements and 7 floors above ground, having 114 rooms. 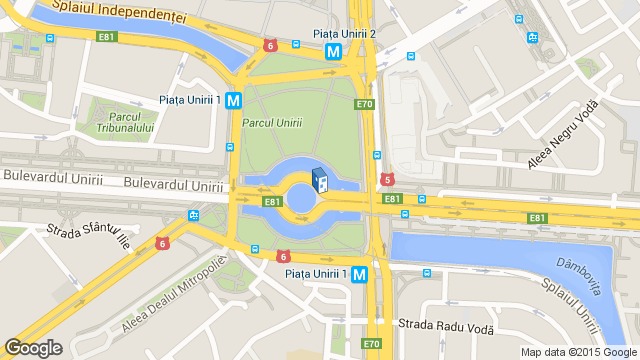 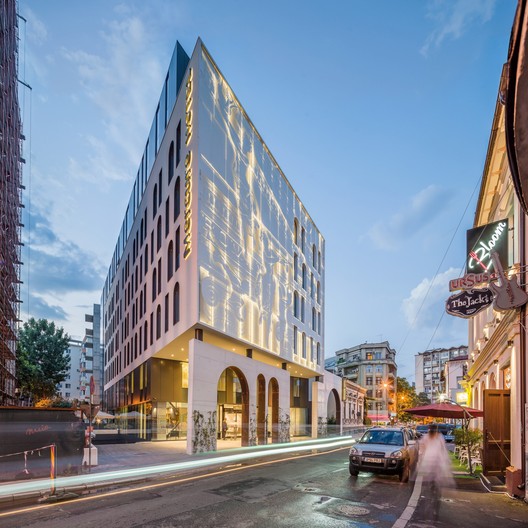