Save
The B House / Eran Binderman + Rama Dotan 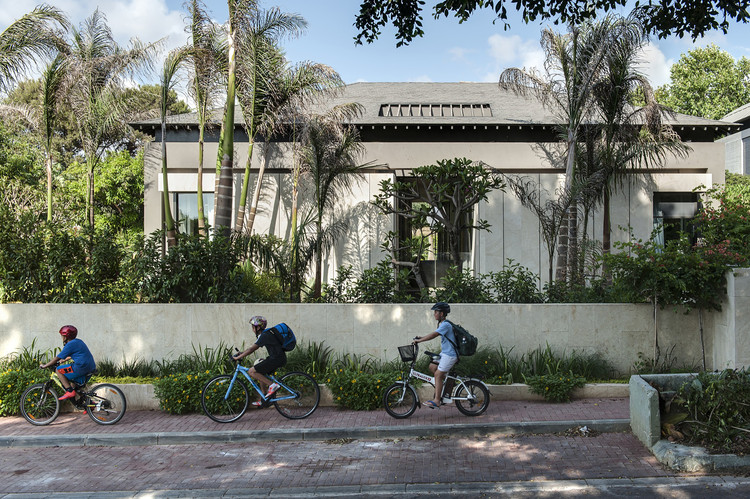 Text description provided by the architects. Each project is a journey. This journey actually started on a trip into the unknown...

On our first meeting the clients shared their vacation experience abroad (far east), and asked us, if we could somehow engrave this into the atmosphere they would get in their home. In addition to that, the emphasis on "the nest" (parents and four children) with the meaning of privacy for everyone in the house, was a repeating notion of the conversation.

The next  visit on site, realized the potential of the land. The main street on one side and the pedestrian park on the other, suggested the location of the functions. A quiet pedestrian pathway in between, was clearly going to serve as the main entrance.

The process of locating the different functions on the lot while staying on a fine line between privacy vs. openness, formal vs. freedom, was the main challenge of the design. The starting point of the process was the reference to the entire lot as one single entity; In other words – The lot is the house- open or closed.

The movement between the different spaces creates their boundaries and the experience in them. The garden enjoys the same treatment of design as the interiors thus creating a balance of importance between inside and outside.

The front Street facade is subdued and modest compared to the rear which is exposed to the entire park and is absorbed into the woods. The element that connects the various parts of the house (Public rear wing, front wing - children, the upper level of the parents and basement) is nature and light. The Use in design of these elements varies from one place to another.

In the entrance the water and vegetation creates an oasis and draws the visitor into it. In the interior patio, the landscape and filtered light are used as a sculptural element used for disconnection and pause. In the front of the house, nature is used to blur topographic levels and for creating privacy, while at the rear garden depth and a sense of freedom with no end.

Due to the relatively broad range of materials, we put great emphasis on harmony with repetitive production and changing doses of ingredients to create a definition of the different types of spaces. This idea was also used in a number of types of stone and wood, which together form a harmonious palette of colors and ambience.

Much thought has gone into the selection of a wide range of materials, not usually characteristic of our work. For example, the roof made of slate, stone pool in a tropical green, brushed sandstone facades, combined with vertical brass strips, and different sizes of stone flooring differing according to the spaces. We also used different types of metals such as brass, blackened iron, tin and dark aluminum.

Despite its size and formality, the house produces an embracing warmth to its residents and visitors. The process of the"unknown" ended in great success, responding to the exact needs of the clients. 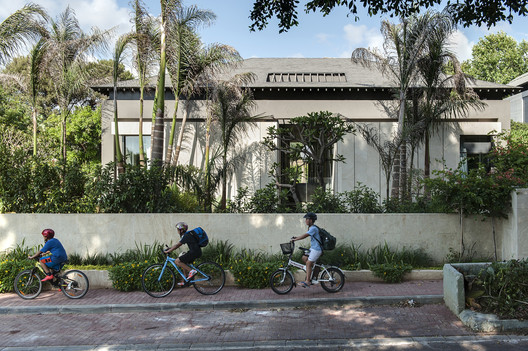