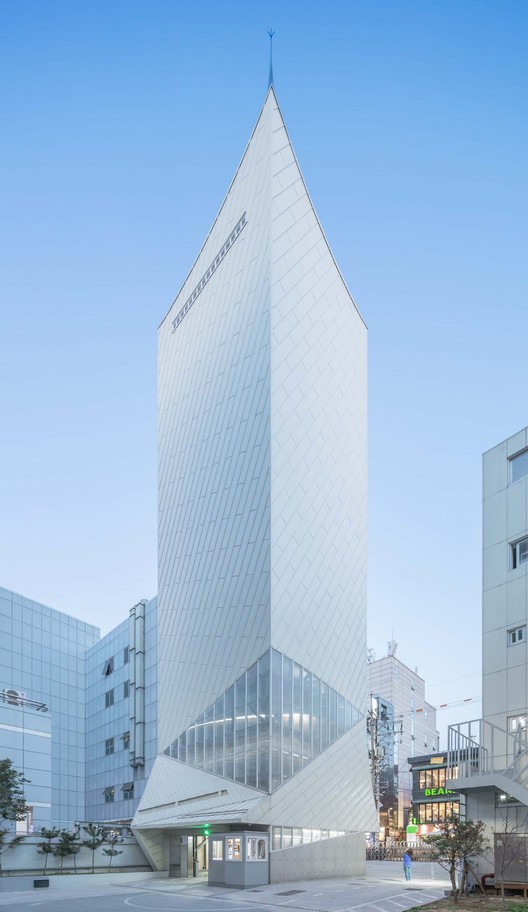 Text description provided by the architects. In the night, this moving machine looks like huge, urban installation of pop art which shows interesting car parade of moving and flying…….

It is stand out at the prow of a shiplike tower clad in painted aluminum, a polycarbonate window reveals cars ascending and descending on steel lifts. We designed “show windows” of polycarbonate glass on the body of this car-storage, to give the life of light into inside and outside.

This tall car-park bldg. is new annex of “Silver boat” which is complex bldg. constructed about 20 years ago and this site is placed in the center of famous street of young students named “street of hongik university” in Seoul.

“Silver boat” the existing main building is composed with three curved walls which are symbol of sailing boat on the Han-river, because the site was the place of a ferry in Han-river for a long time.

We formed this car-park bldg. as “another boat” of white to be harmonized with main bldg. “Silver Boat”, so it has been the dynamic concave-curved tower. 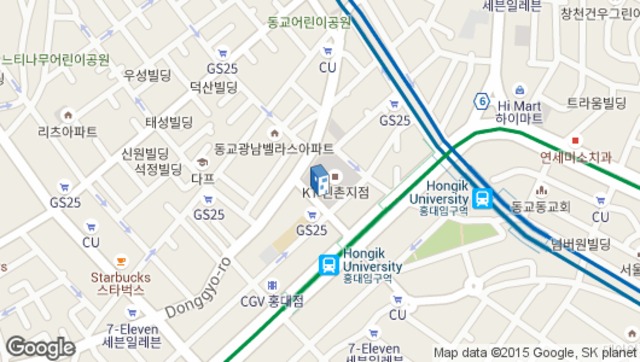