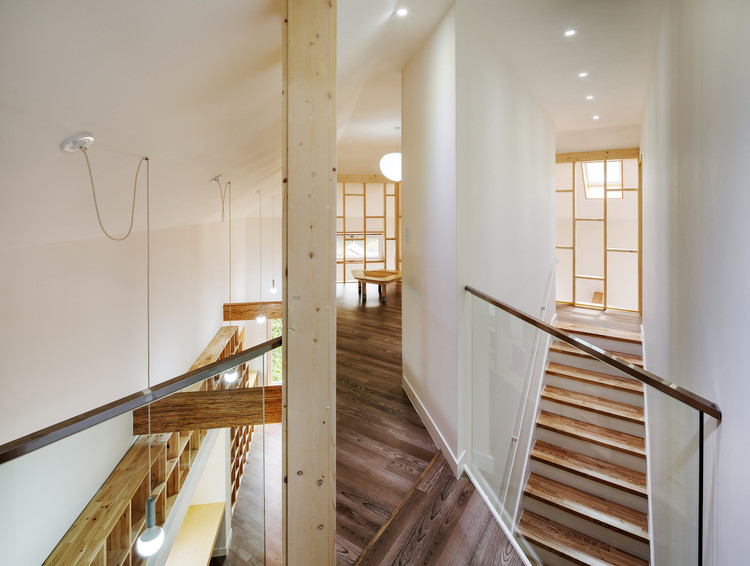 Text description provided by the architects. As rapid industrialization and urbanization made people flock in the cities, housing spaces have developed by focusing on quantity rather than quality. In this background, most citizens are used to saying that "My dream is to go down to the quiet countryside and live there by building a house if I earn money."

The client who had grown as a child in this rural community wants his three children to experience such old reminiscences of his. He moved to the metropolitan Seoul for working after marriage, and now chooses to live again in the countryside for his children.

Breaking through this dilemma was the client's willing suggestion to maintain the way as it is. For the client who had lived as children in this community, the villagers signified more than the mere neighbors; they were well aware of how much significant the existing way was for the village. The way surrounded by small trees and grass we called "osolgil" or the "little forest path," which served as a key inspiration for our design.

Designing a path for the children was the key of design. In order to make the path both intuitive and variegated, we drew inspiration from the classic arcade game "Pac-Man," whose makeup is so instantaneous and intuitive but enables unlimited imagination through various patterns in a two-dimensional structure.

Likewise, we progressed with an idea that this house would be a new Pac-Man stage for children when we designed the little forest path: this two-dimensional idea extended three-dimensionally and so enabled a variety of space and function to be created at every path. After all, the children began to run about there by assuming the roles of Pac-Man and Ghosts voluntarily.

Frolicking freely along this path which flows from outside in or from inside out, the children come to experience a more variegated space. Opening the front door and coming inside, one can encounter the bookshelves along the path and the main floored room: this place was designed to serve as the children's study room as well as the family's audiovisual room where a beam projector was installed. Moving on through the toilet and washbasin, one can enter the living room and the mezzanine room for children: this place is open to the yard so that the family can spend most time here.

Next, one can see a dress room by opening the wardrobe door, and passing through the kitchen and the dining room, meet the front door again. With the beginning turning back to the end, this path keeps circulating and extends to the play room and the loft on the upper floor. The loft leads again to the ground floor, to the living room, and to the outside: in this circulation, children run and run tirelessly. 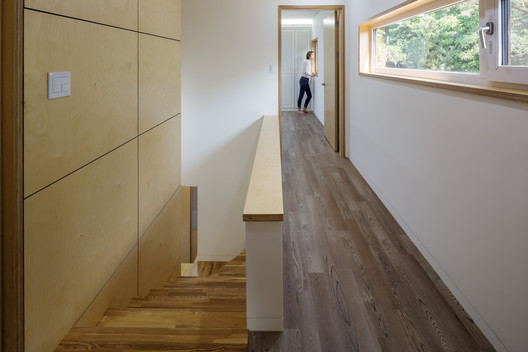