Text description provided by the architects. Sometimes, unexpected situations disarray planned and approved projects. In these cases, one can limit itself to comply with the establishment; or can season the proposal with a little bit of creativity, look for alternatives or propose something slightly different that can adapt to the new situation. This is the case of the project developed in Mazaronkiari, a Nomatsiguenga native community located in the district of Pangoa, in the Peruvian central jungle.

In the year of 2013 we have visited Mazaronkiari and, in coordination with the chief of the community and the teachers, identified a potential project which was to create a school canteen for the kindergarten which, back then, had 30 students. After the diagnostics studies, we have developed the proposal and presented it to the international cooperation partners.

In the next year, once the funding was guaranteed, the team returned to Mazaronkiari, where it was welcomed with a major surprise: 100 children waited, hopeful, the construction of the school canteen. The situation had been notoriously transformed and, facing this change, we have proposed a versatile architecture which may comply with the new requirements.

The space offers a multifunctional hall with a kitchen built with local fabricated bricks on the north side, on a concrete floor. The structure of the building is made of wood. The side walls are formed by an alternation of louvered panels and movable colorful panels. These last ones, with a 90º movement, can be turned into tables, allowing the creation of different work environments within the same space. Thanks to them, the students can have the promised dining room; but they also have a multifunctional hall that can be an extra classroom, an auditorium or a place for community gatherings.

The north and south façades are made by louvered sliding panels for access. This system allows natural and indirect illumination of the space, as well as the circulation and continuous renovation of air.

The ceiling, with its wide eaves, protects the wood structure from the rain. Another characteristic is the visibility of the inside of the building, creating an inverted effect. Usually, buildings consist of an inner space from which, through windows and doors, one can gaze at the outside surroundings. In this case, when the panels are transformed into tables, a big opening is created from which children and adults peep, being part of the interior environment; being a  school canteen, a scenic space of dance and chanting or a community reunion, as if it was a public square, usually exterior.

The combination of local materials with modern construction systems, the active participation and the input of the community allow the construction of a wide and functional space in harmony with its surroundings. 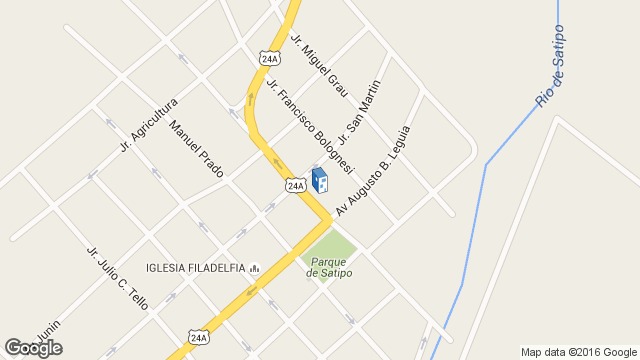 Location to be used only as a reference. It could indicate city/country but not exact address.
Share
Or
Copy
About this office
Paulo Afonso
Office
•••
Marta Maccaglia
Office
••• 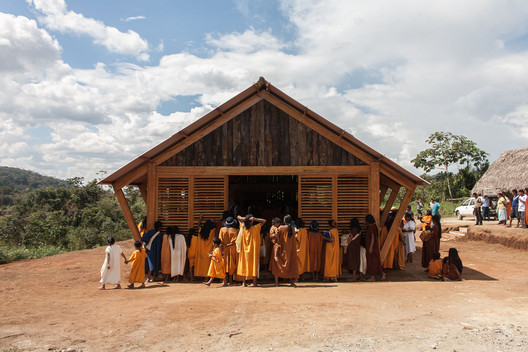