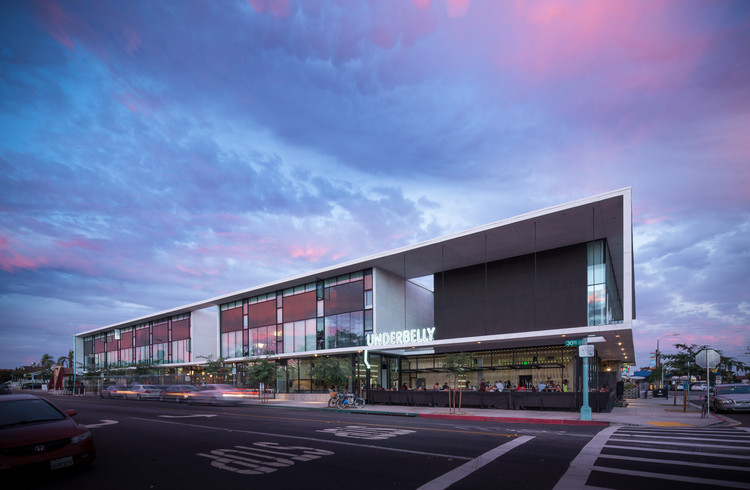 Text description provided by the architects. Designed, Developed and Owned by Jonathan Segal FAIA the North Parker Project proves there is still opportunity to construct affordable housing amongst market rate housing while activating an up and coming neighborhood.

The North Parker project is now the southern gateway to the newest transitioning neighborhood in San Diego. The corner of 30th street and Upas Street, previously blighted with barely standing structures and a propensity towards vagrants, is now a community gathering point.

Simple forms and a simple palette create a powerful presence on the street and the corner and the commercial spaces open up the ground plane to separate the residences from the busy street activity. Multiple entrances through different nodes of the project allow you to transfer between commercial ground plane along the street to the interior garden, the courtyard space, and then up stairs to the second level exterior circulation paths.

Tenants are able to enter their units through semi-private exterior patio spaces that define their space.  These patios have been raised two feet above the walkway creating a feeling of privacy yet still maintaining a visual connection. A constant connection with the street activity and your neighbors facilitates both commercial and residential to be interlaced together. 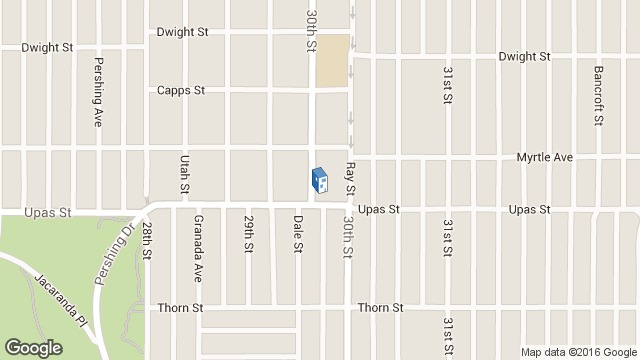 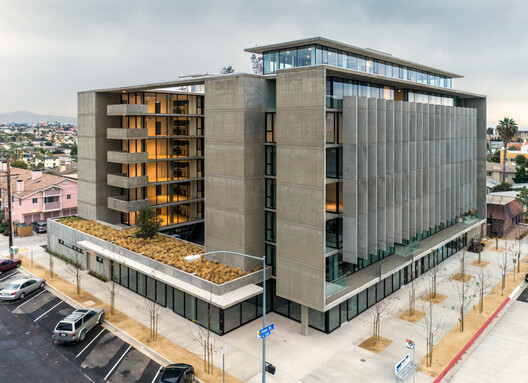 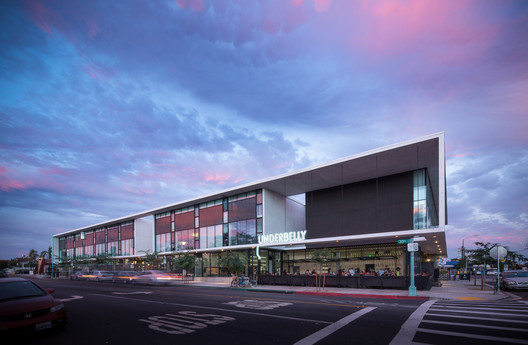