An 1152-meter super tall tower is being proposed for the Iraqi city of Basra as part of a government-backed masterplan that aims to expand the city's capacity by 2025. As reported by Slate, the "Bride of the Gulf" was designed by AMBS Architects as a cluster of four net-zero towers interconnected by sky gardens and independent of the city grid. Together, they would add nearly 17-million-square-feet of usable space to the city's growing business center. Parks, "sky-squares," schools, hotels, clinics, commercial centers, offices and much more would provide all the amenities needed for a self-sustaining vertical city.

If built, it would be 152-meters taller than the Kingdom Tower, a skyscraper currently being built in Saudi Arabia that is expected to surpass the 828-meter-tall Burj Khalifa upon completion in 2017. 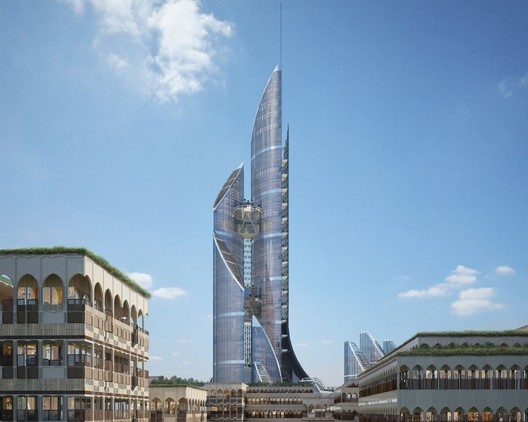