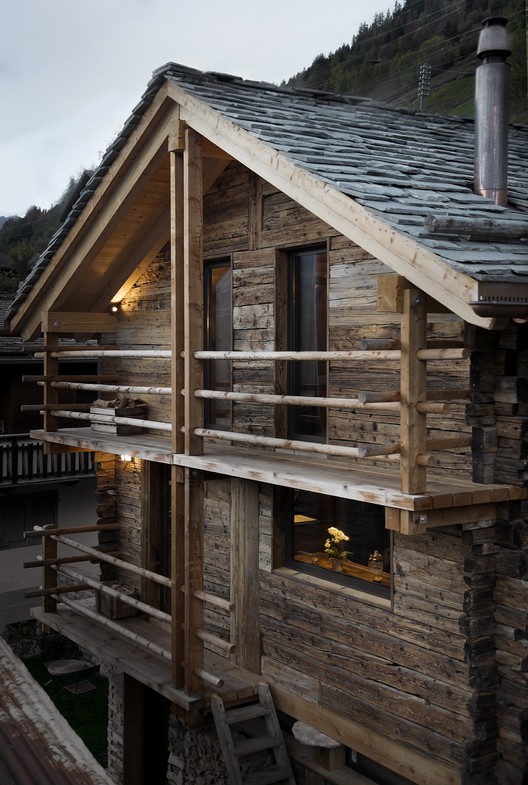 Text description provided by the architects. Initially built in 1792, this barn was used to shelter cows during the winter and to dry hay and cereals. Bought 200 years later by a young couple, it was renovated and turned into a cozy three-story apartment. In order to do so, the existing volume was entirely measured by a surveyor and the planks were numbered by a carpenter to be replaced at the exact same spot before the barn was demolished.

The basement was then rebuilt with concrete and the upper walls prepared in a workshop to be reassembled directly on site. Windows were carefully placed and the ones not matching the original openings reduced to the minimum, with the only exception being a generous window on the north façade, bringing light into the stairs on the three floors. A particular care was given to the furniture and various pieces of the original barn have been reused or integrated into the decoration.