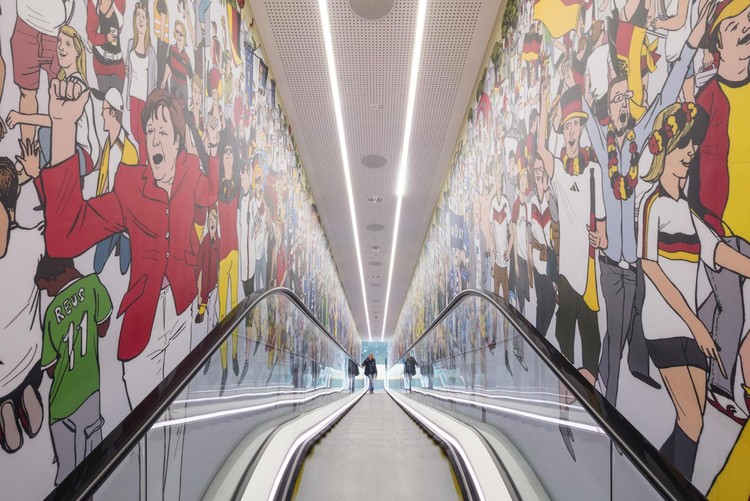 Text description provided by the architects. HPP is one of Germany‘s most successful Architectural Partnerships. More than 80 years after it was founded by Helmut Hentrich, the company is currently managed by the fourth generation of architects. Some of the practices most well-known completed projects include the Dreischeibenhaus in Düsseldorf, the refurbishment of Leipzig’s Central Station and the Düsseldorf Tonhalle. Football-related projects have been a significant part of HPP’s design portfolio since completion of the “AufSchalke” multi-purpose arena. Subsequent projects include the Volkswagen Arena in Wolfsburg, the modernisation and extension of the BayArena in Leverkusen, the Baltic Arena in Danzig (a joint project with RKW) and the extension of the Franken Stadium in Nuremberg. The Steigerwald Stadium in Erfurt is currently undergoing conversion works, to turn it into a multi-purpose arena and congress centre without interrupting operations.

The new premises of the German Football Museum were officially opened on October 25h with a 3-day celebration. Four years after winning the Europe-wide competition to design the museum, HPP have created a new and permanent home for the 140 years of German Football history. HG Esch has now photographed the building.

Situated in a prominent location opposite Dortmund’s central station, and complementing the existing artistic and cultural context, footballing history can be experienced for the first time on 7,700 m² of GFA in a context outside of the usual realms of the sport.

The form of the elevated structure with its wedge-shaped incisions is drawn both from the urban context on Königswall and from the exhibition concept, developed and executed by scenographers TRIAD Berlin. The architectural appearance is mainly influenced by three elements: the free-floating body, the continuous public space and the podium. The latter is a key element, particularly in terms of the surroundings, and functions as a welcoming gesture. The plateau serves to even out the varying site levels, allowing access free of thresholds and steps.

The façade carries the clear message that this is the place of Germany’s most well-loved sport. The football motif is represented by a perforated aluminium façade, back-lit with LEDs. The pattern of the square perforations coalesce to form an image of a traditional football. The space between the skins of the façade can be spanned with interchangeable graphics. An LED media façade completes the exterior of the experience-orientated building

Visitors access the building via a forecourt leading to the entrance foyer, which has been designed as a free-floating space that acts as a continuation of the city. Past the ticket desk and fan shop, an escalator takes one up into the twin levels that house the permanent exhibition. The “Arena” on the lower ground floor is reserved for temporary exhibitions and events and catering facilities.

“Dynamism and emotion, that is what football stands for and it is what our design for the German Football Museum stands for”, explains HPP’s Partner-in-Charge and Managing Director, Gerhard G. Feldmeyer. “Football inspires and connects us. It is for exactly this reason that the Football Museum building is open and inviting!” 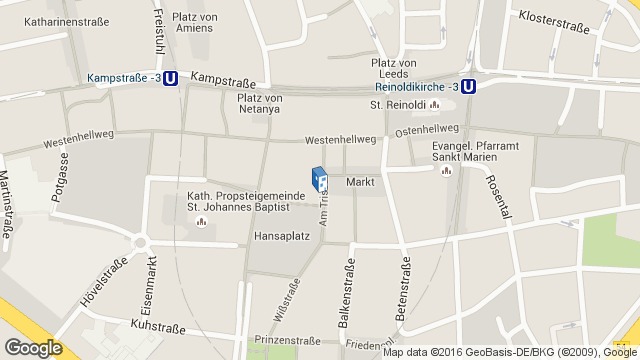