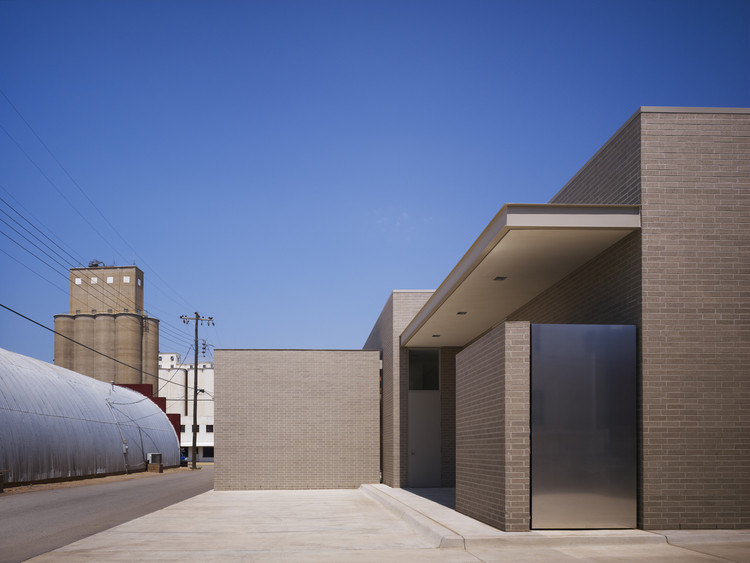 Text description provided by the architects. The Kirkpatrick family began oil exploration in the 1920’s when John Kirkpatrick’s father-in-law, M.B. Blake, drilled their first well. John then founded Kirkpatrick Oil in 1950. Kirkpatrick Oil has been active in the Hennessey area for 60 years.

At 6:30 pm, on October 1, 2007, a fire started and soon destroyed the I.0.0.F (Odd Fellows Lodge) building and the American Legion building. The vacant Dinkler Drug Store building was taken down after the fire. All were vintage 1910 and in the middle of Downtown Hennessey.

In 2000 the town of Hennessey established a vision of the future and where it should be in 2010. The driving force behind the Hennessey 2010 initiative was to make improvements to downtown and the central community. Kirkpatrick Oil joined the initiative with a facility that is the centerpiece of the Main Street beautification plan.

Being involved with the Kirkpatrick Oil Company district office in Hennessey was one of those “once-in-a-lifetime” opportunities. First, you have the Kirkpatrick family history doing exploration in Hennessey for 60 years. Second, you have a small town where a fire destroys three important buildings in its heart. And finally, you have a client with the courage and vision to make something great. We took the idea of placing a modern building in downtown Hennessey as a serious responsibility. We had a responsibility to respond to the historic context and bring new energy to Main Street. We took inspiration from the historic 25’ lot lines, the scale of the adjacent masonry, and the acknowledgement of the historic building height. For example, the brise soleil horizontal dimensions are 2 3/8” high to match the adjacent masonry as a way to tie the history and the 21st century together. We are overjoyed that the project has been embraced by the community to the point where the high school prom was held there the same year it was completed.

The new building combines modern forms and materials with a sensitivity to the historic scale and proportion of the adjacent historic structures. The town of Hennessey has a rich history and this building represents a new and exciting evolution of Main Street. A highlight of the building is a sculpture by renowned artist, Nigel Hall, of the United Kingdom. The piece is titled “Crossing Oklahoma” and is 8’ - 10” tall. 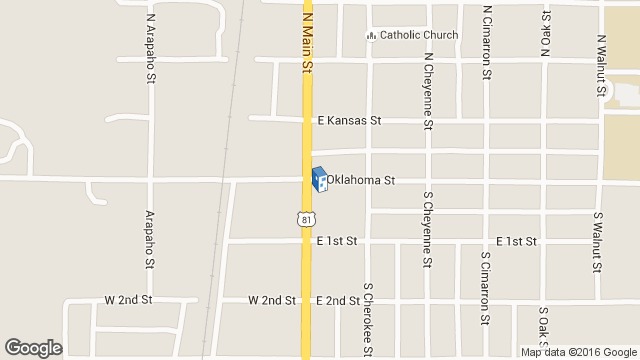 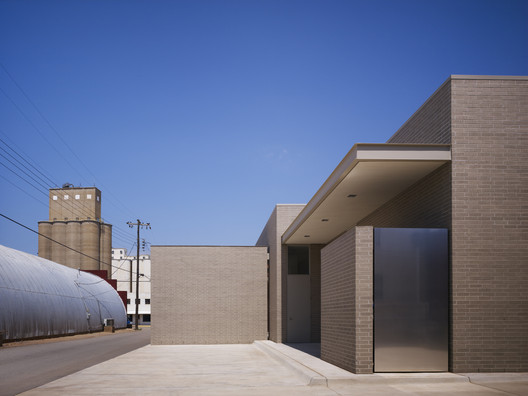