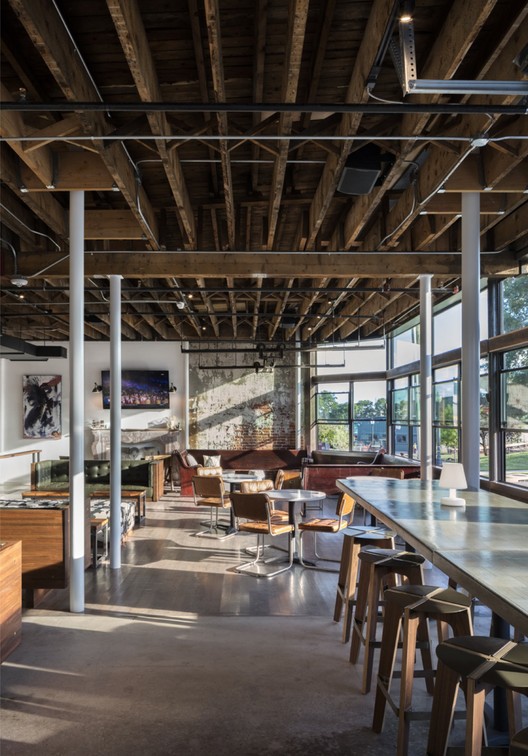 Avanti Food & Beverage was designed as a social gathering locale at the geographical threshold between Denver’s Ballpark District and the socially diverse LoHi (Lower Highlands) neighborhood. Directly adjacent to the property is the 20th Street Overpass, one of the two primary vehicular and pedestrian corridors bridging Interstate 25 between these two areas.

Since its construction in 1935, the Avanti Food and Beverage Building has lived a variety of uses.    The original brick structure once housed Dodson’s Variety Store, which carried household items, groceries and hardware.  The store’s signage can still be seen on the exposed brick façade, and was discovered to the design team’s delight during removal of the stucco overlay.  While historical records for this building are limited, we believe that the building was expanded in the 1950’s with the addition of a CMU warehouse-type structure, and used at the time by an automotive repair shop.  Discovery of the underground automobile work pit and engine hoist adjacent to the garage bay support this theory.  The 1950’s building expansion now houses AF&B’s stair atrium, entry, and food court.

For The Avanti Food and Beverage Company, Meridian 105 has expanded the square footage of the structure by adding a second level inclusive of 2,500 square feet of new interior space and 2,600 square feet of outdoor observation decks.  The new addition is clad in shou sugi ban siding, a Japanese technique of wood preservation that involves burning the wood to create a layer of char.  Now complete, the addition provides a contemporary expression complimentary to the original brick and concrete masonry material palette.  Components such as the engine hoist are incorporated into the interior design of the space, while graffiti art commissioned by the Ownership adorns the building’s exterior.  Both provide a sort of record of the building’s history as an auto shop and graphics studio.

The addition of the second story allows for the incorporation of an interior/exterior bar servicing two large observation decks and bleacher style seating that yields unobstructed views to downtown and the Colorado Rockies’ professional baseball stadium.

Meridian 105 Architecture has designed an incubator for local cuisine by creating an upscale food hall. A total of 5 micro-kitchens are housed in repurposed steel shipping containers. The Owner was interested in recreating the spirit of the San Miguel Marketplace in Spain, where patrons can choose from a variety of excellent cuisine, but wanted to relate the concept to the local Denver food scene. The shipping container kitchens hence became seen as fixed-in-place recreation of the locally popular mobile food trucks oft seen at regional festivals and street corners. The spaces host a combination of established and up-and-coming Denver chefs, allowing them to challenge each other’s creative and culinary abilities. Chefs rotate out after a minimum nine month commitment, keeping the patron experience new and minimizing the financial commitment typically required by a standalone restaurant startup. In total, the structure houses 7 kitchens.

Embracing the aesthetic inherent to the existing warehouse structure, the design team complimented it with a collection of local art and repurposed furniture from local consignment shops as well as custom designed furniture created by local fabricators. The eclectic conglomeration of dining spaces, bars, and kitchens come together to create spaces that establish the culinary hub for the youthful Denver food scene. 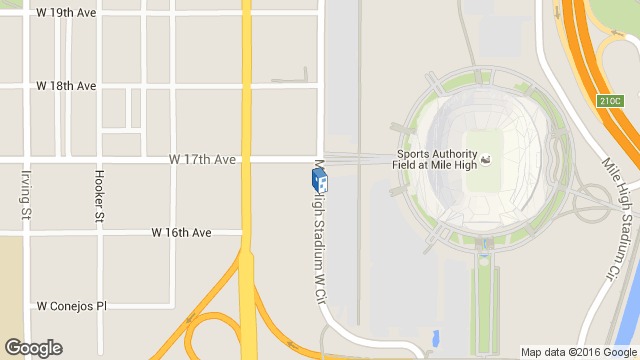 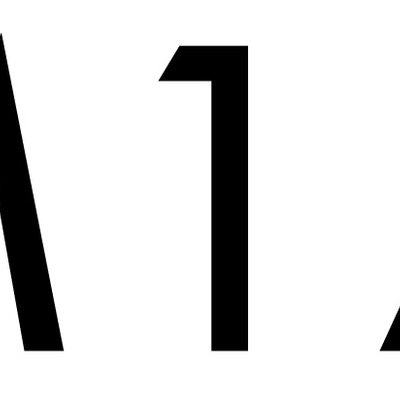