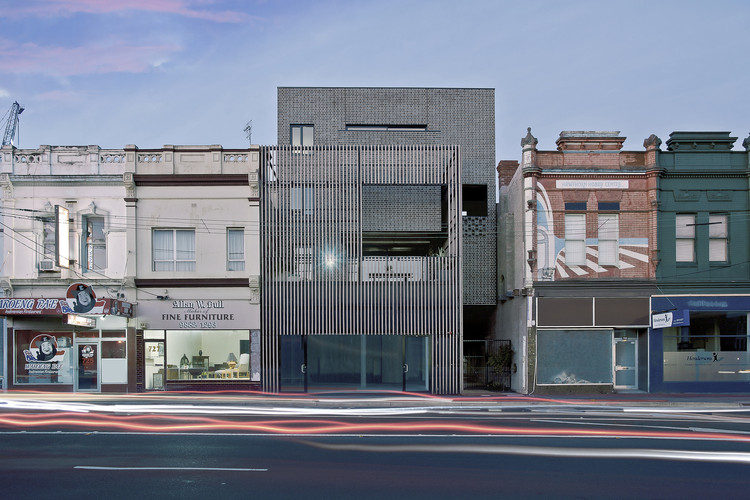 Text description provided by the architects. Ari is a commercial development comprising of nine apartments and a ground floor retail tenancy. The building is located in Hawthorn East in Melbourne, just east of Auburn Village in the heart of the historical brick-making area, and only a stone’s throw away from the original brickworks site itself.

Given the site’s location, the project investigated the opportunities of the humble brick beyond a simple façade material and explored how the brick can be assembled to create detailed patterns on the buildings envelope which in turn evokes a sense of lightness and transparency as the brick’s ‘hit and miss’ openings not only provide privacy for its residents, but an interesting natural-light play to the courtyards and internal spaces. This ‘ode’ to the brick couples as a contemporary reminder of an important element in Hawthorn’s early industrial history while showcasing how the material continues to be successfully detailed for contemporary architecture in Melbourne.

Where possible the bricks of the demolished and dilapidated Victorian shopfront were maintained and used as brick on edge paving for the ground floor pathways and courtyard providing a physical connection with the site’s past for anyone who enters the site. Also during demolition, a 120 year old painted advertising sign was discovered on a neighbouring party wall. Efforts were made to alter the design so that the sign could be preserved to not only add a fascinating point of difference to some of the external courtyards but to further contribute to the layering of history and recognition of the sites past.

A transparent timber batten façade partially screens the brick mass to the street, while connecting the building to the ground as the brick mass floats beyond effortlessly upon the timber screen stilts. The timber screen ghosts the mass of the previous building, and together with a restrained material palette, the new apartment building can sit sympathetically among the Victorian shopfronts that line Burwood Road. When viewing the site from the rear laneway, the building is surrounded by over-developed large scale apartment buildings and the modest use of black brick and perforated steel allow the building to have a strong sense of sturdiness and solidarity to ensure it will never lose its sense of place. 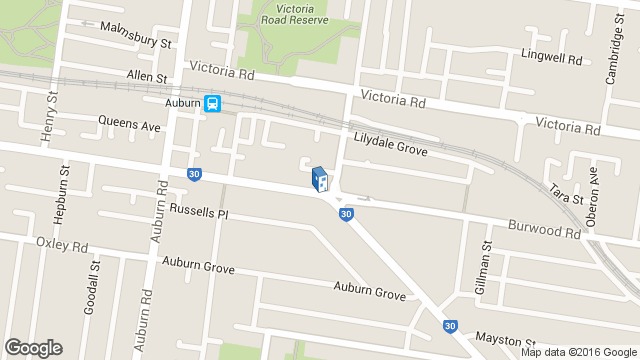 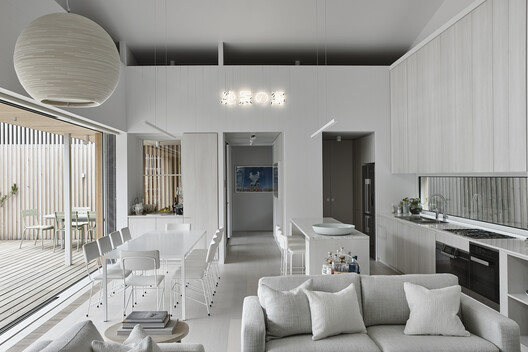