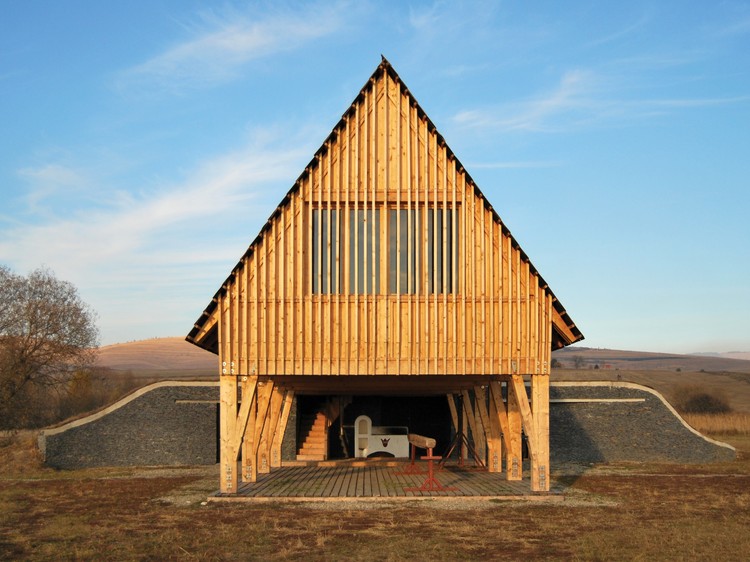 Text description provided by the architects. A familiar element of the denser rural fabric translates half-distance between the village and it's high forests and pasture: on the “sacred perimeter” defined by the ruin of the late medieval village church and an outpost chapel, where the Saint Anna well and bathing pond are located. The design of the reception hut derives from the buildings of permanent rural homesteads and seasonally used stables scattered on the higher grazing fields. However, traditional volume, structure and details are adapted to current times, especially prefabrication needs – while shingles, hand-split, provide for natural texture.

The pavilion is a retreat in nature: covered, shaded, with spaces for rest, preparing or warming up food, yet large and public enough for becoming a scientific or community meeting platform, for organized or spontaneous events – more than a mere annex to a small public bath. The hut has 230 sqm total area (all floors), on a 6236 sqm plot.

Local conifer wood is extensively used, prefabricated in a local workshop, built by local craftsmen – yettheir limits have been stretched with some of the detailing. It is possible to disassemble and reuse all wooden elements. The artificial mound is piled up of soil excavated from the artificial pond nearby. All resources are available within a 30km range.

Following theTomești / Csíkszenttamás hut, completed inearly 2011, from local and central public funds, another seven projects have been proposedfor other sites in the neighbouring mountains, as E.U. structural development funds applications: functional, volumetric and material variations of the prototype, adjusting to local conditions and necessities.

We still do think, that rather than a robust object that would resist to vandalism, fragility will educate the community on the long run.

The "Reception Hut" project won the first prize in the public buildings category at the 2011 OARTr (Romanian Architects' Chamber, Transilvania branch) biannual awards and has been nominated for the European Union Prize for Contemporary Architecture – Mies van der Rohe Award 2013. 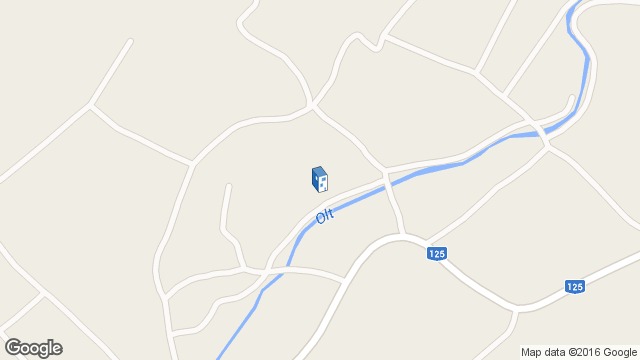 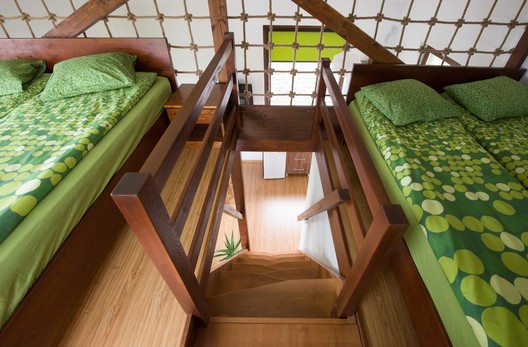 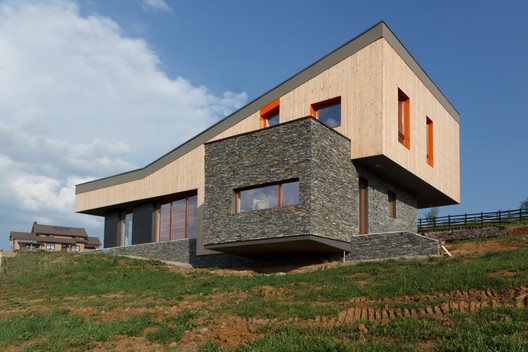