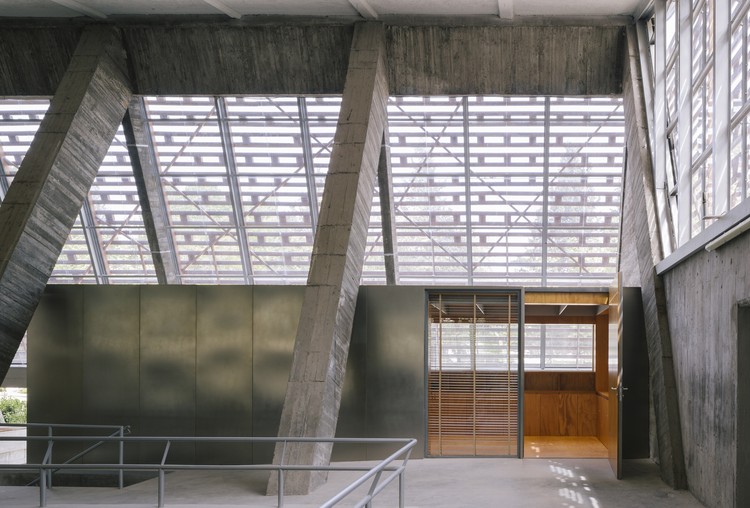 Text description provided by the architects. The rehabilitation of the former covered riding arena located in Madrid treats to recover the memory of the place, highlighting the existing values of the old building with the relationship between the environment and the program, developing an enclosure of wooden slats improving the energy performance.

BETA.0 ensures with this project the maximum comfort inside the building and reduce the energy consumption through different effects of transparency, reflections, lights and shadows filtered and projected through a first transparent polycarbonate skin and a second skin that acts as protection against solar radiation made by wooden strips.

Carrying out the rehabilitation from economy and the rationality, the project highlights the values of the existent building from the way to solve the relationship with their environment and the program through formal and constructive forcefulness.

Developed this sensitivity to the project first of all the façade of asbestos is removed because it dates from 1963 and it is harmful to human health and the design of a new enclosure that also contributes to enhancing the architectural, environmental and landscape values of the existing building, trying to optimize its energy performance.

The new facade has been carefully designed considering the stunning natural environment in which the current covered riding arena, surrounded by lush vegetation and large trees deciduous. From the outside the new enclosure mimetize the natural wooded setting, through games of transparencies, reflections, lights and shadows filtered and projected through their two skins.

A first transparent polycarbonate skin on a existing steel substructure which ensures the seal and improves overall quality hygrothermal place, allowing the necessary solar collection in the months less heated with greater use of the facilities and cross ventilation of the covered riding arena in the hottest months of the year.

A second skin that acts as protection against solar radiation in the hottest months and in turn it allows the entry of solar radiation in the months less heated. This skin is made of a framework of wooden strips, inspired by the perimeter trees, holding wooden slats arranged horizontally that form the lattice carefully studied.

On the inside a selective and respectful renovation has been developed contributing to enhance and reactivate the intrinsic values of the original building through specific interventions like minor acupuncture operations. 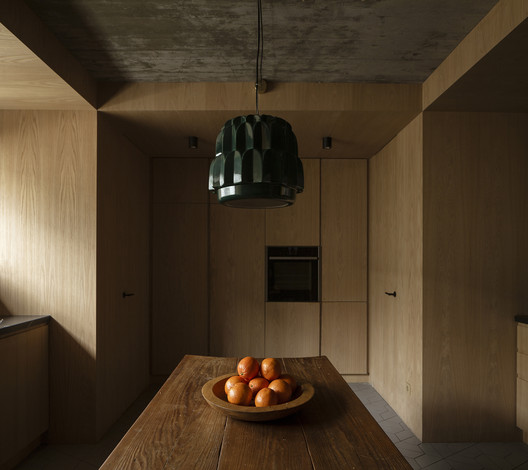 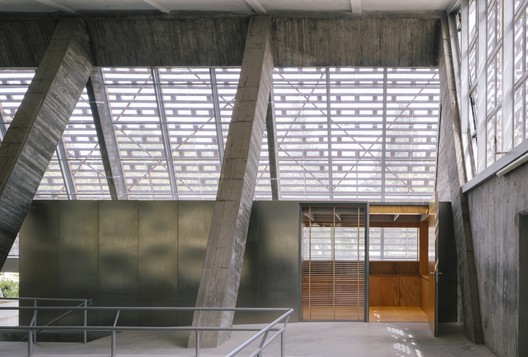