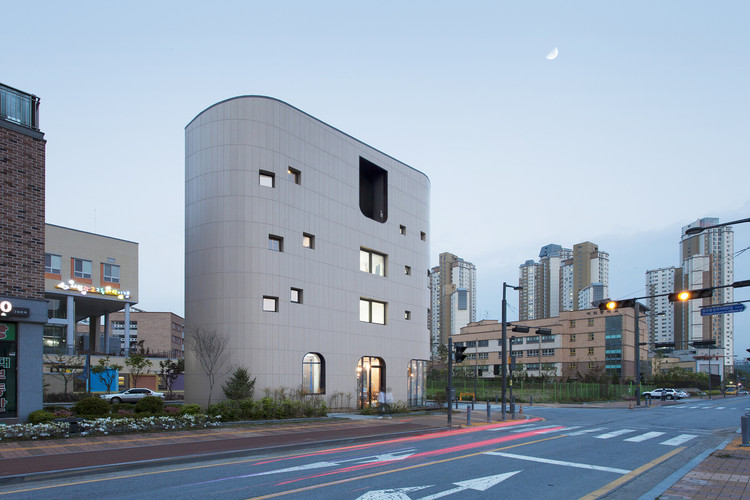 'Cornerstone' is the small mixed-use building with 5 separate housing units and a cafeteria on ground-floor.  It is located in a newly developed residential area full of buildings with similar height and shape, and occupies the very first lot of one monotonous block on edge, facing commercial area on the opposite side.  I wanted the project reflect this site condition to stand as an ambiguous alien between residential and commercial block, as a heterogeneous thing from neighboring repetitious buildings.

Some logics from surrounding condition and local regulation derived the shape of this alien.

Following the local regulation, every ground-floor of this district can be occupied only by commercial facilities, and at least half of street-level facade should be made transparent.  Most of the buildings followed this rule too much.  They raised the mass up, emptied the ground-floor, and replaced the street-level facade with entirely transparent show-windows.  This detached these buildings from the ground, and they lost weight to stand on the ground.  However, I longed for my alien standing heavily on the ground as a 'cornerstone' of the town, as an unusual landmark between two blocks with opposite facilities.  Instead of whole show-windows, large holes were dug out of the walls and this let the main facade material continuing down from top to hit the ground.  However, by positioning these holes on corners, the building gives hint that the housing mass is actually lifted up and the street-level facade is not a structural thing indeed.

Another regulation is obliging the sloppy roof shape.  This also worked very well and filled the skyline mostly with A-shaped roof with gables.  However, in effort of forming one unified mass, I did not want a separate roof from its body.  The direction of the slope was reversed to give the roof V-shape.  This led the main material extending to the top, and hid the roof material inward.  The mass looked higher and more solid than surrounding buildings though it actually is not, and became more alien.

Application of one single material is taking a great role as well to make one solid body from bottom to the top.  Ceramic panels of 0.3m by 1.2m are covering overall facades.  Each panel has thickness of just 3mm with reinforcement of glass-fiber behind.  This is for shaping smoother cured surface by minimizing gaps between panels.  In combination of these continuous material and every curved corner, the building mass transforms itself into a huge porcelain sculpture. 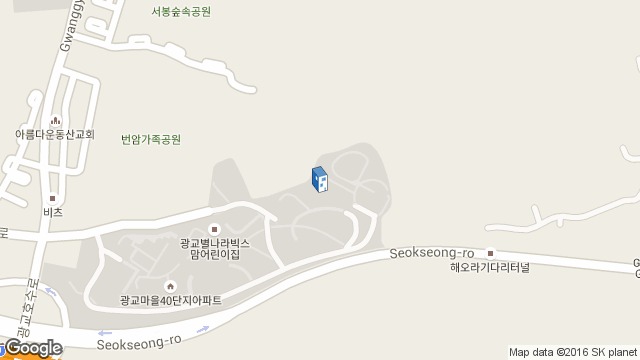